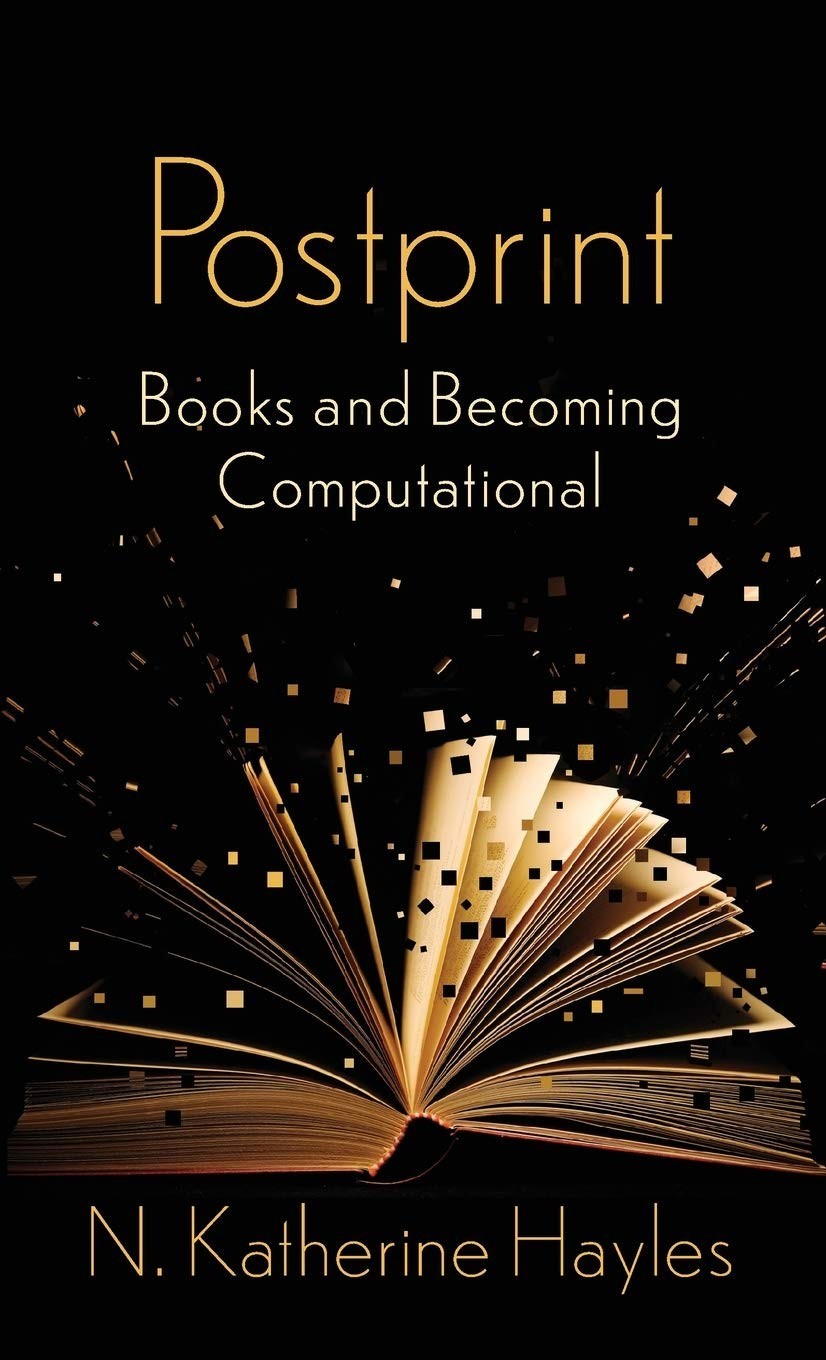 Since Gutenberg’s time, every aspect of print has gradually changed. But the advent of computational media has exponentially increased the pace, transforming how books are composed, designed, edited, typeset, distributed, sold, and read. N. Katherine Hayles traces the emergence of what she identifies as the postprint condition, exploring how the interweaving of print and digital technologies has changed not only books but also language, authorship, and what it means to be human.

Hayles considers the ways in which print has been enmeshed in literate societies and how these are changing as some of the cognitive tasks once performed exclusively by humans are now carried out by computational media. Interpretations and meaning-making practices circulate through transindividual collectivities created by interconnections between humans and computational media, which Hayles calls cognitive assemblages. Her theoretical framework conceptualizes innovations in print technology as redistributions of cognitive capabilities between humans and machines. Humanity is becoming computational, just as computational systems are edging toward processes once thought of as distinctively human. Books in all their diversity are also in the process of becoming computational, representing a crucial site of ongoing cognitive transformations.

Hayles details the consequences for the humanities through interviews with scholars and university press professionals and considers the cultural implications in readings of two novels, The Silent History and The Word Exchange, that explore the postprint condition. Spanning fields including book studies, cultural theory, and media archeology, Postprint is a strikingly original consideration of the role of computational media in the ongoing evolution of humanity.
ABOUT THE AUTHOR
N. Katherine Hayles is distinguished research professor of English at the University of California, Los Angeles, and James B. Duke Professor of Literature Emerita at Duke University. Her books include How We Became Posthuman: Virtual Bodies in Cybernetics, Literature, and Informatics (1999) and Unthought: The Power of the Cognitive Nonconscious (2017).