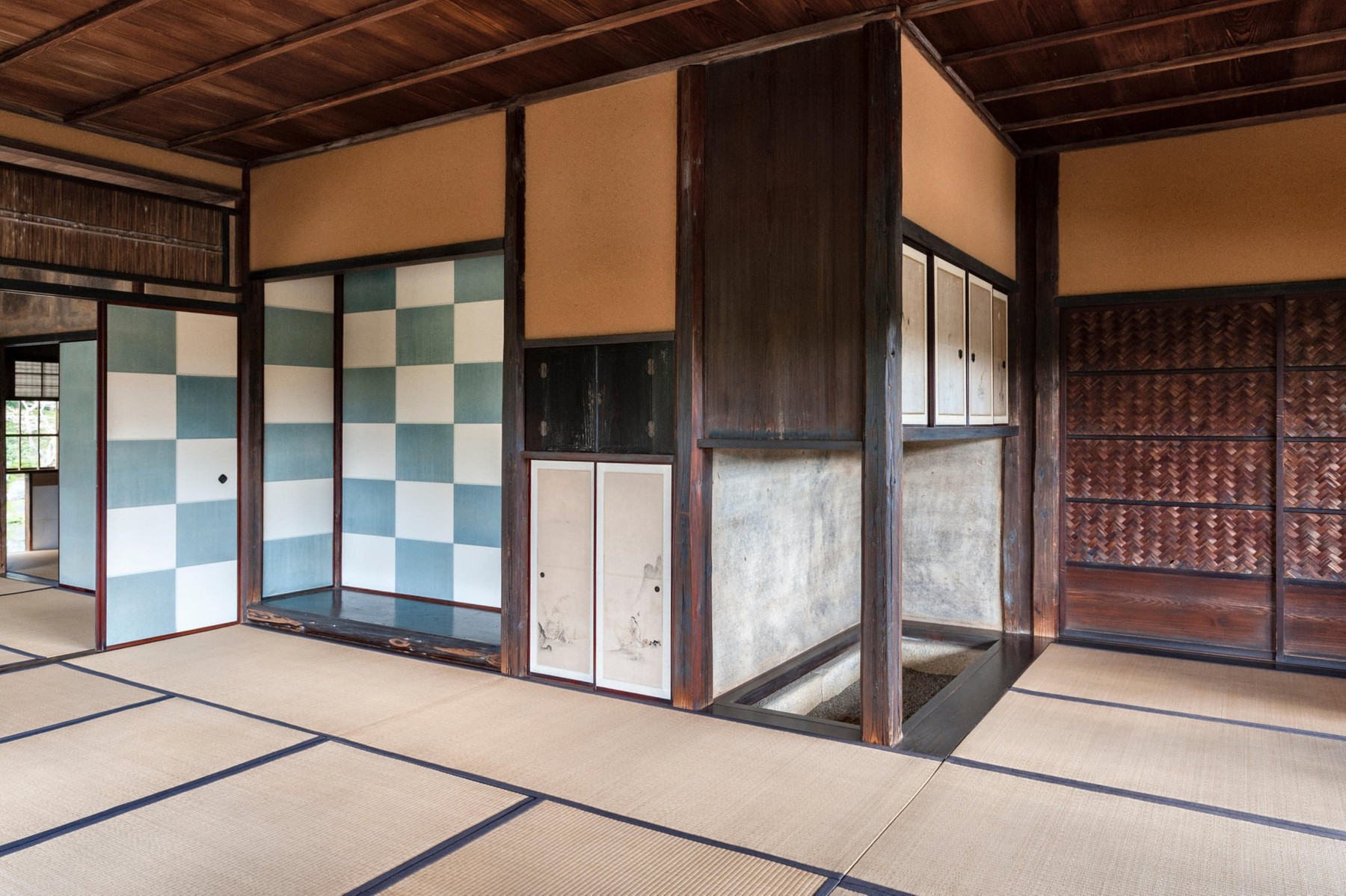 The Katsura Imperial Villa near Kyoto, built in the early 17th century, profoundly influenced architects such as Frank Lloyd Wright and Le Corbusier, both of whom spent time in Japan. And with good reason: The 16-acre property, with many outbuildings and exquisite gardens, is a clear expression of how Zen Buddhism’s graceful influence is woven through Japanese culture and design — and is a vivid illustration of why those aesthetic codes still feel utterly contemporary. There are several free-standing tea pavilions on the property, all made to amplify a sense of pureness, reverence and isolation (each celebrates a different season and allows the gardens to be seen from various angles), but Shokin-tei, the tribute to winter, is the one that stands out for its unexpected modernity. With a thatched roof and three sides that face the property’s large pond, it’s notable for the blue-and-white checkered handmade paper that covers a central alcove and sliding doors. The loggia is held up by three oak logs, left natural with their bark intact. Rustic and bold, the teahouse is pleasingly geometric, a hallmark of traditional Japanese architecture.