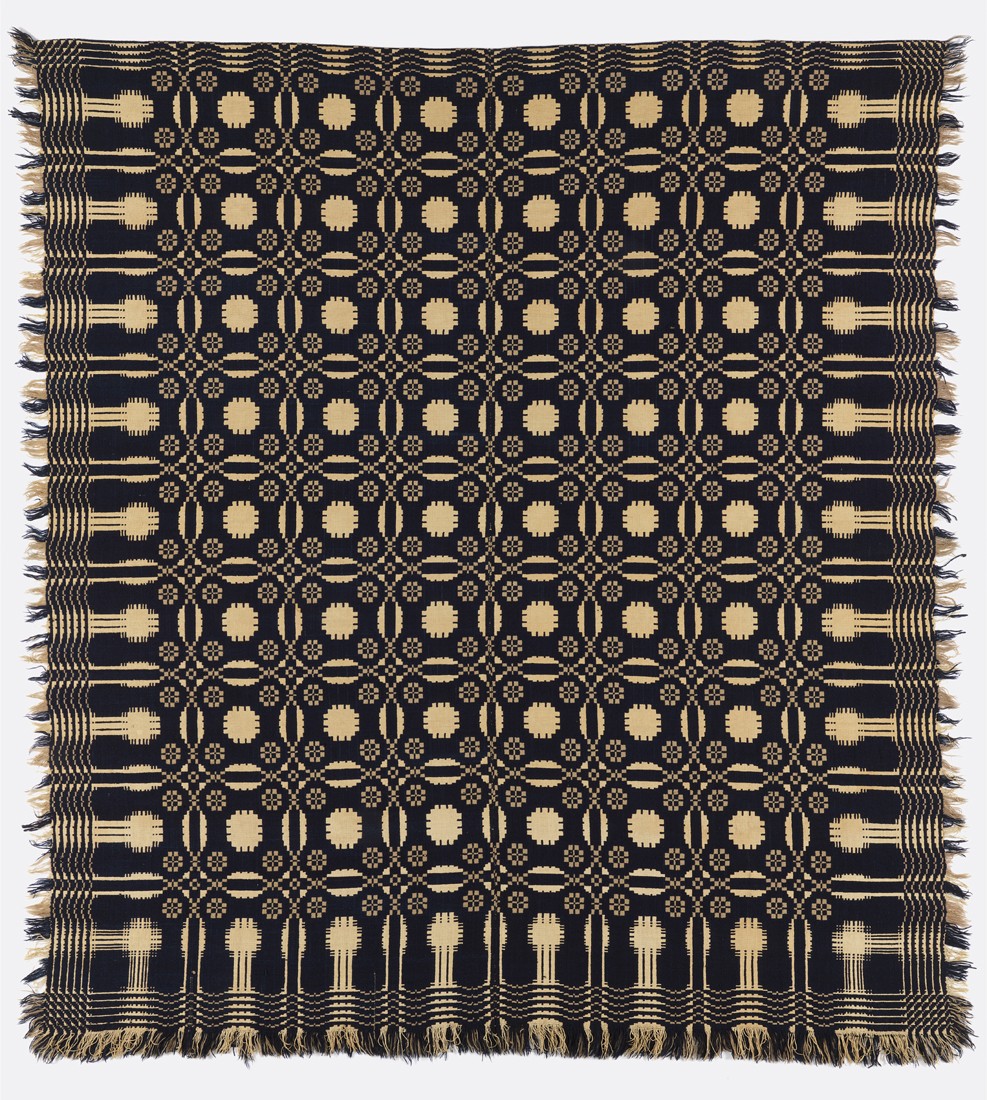 [The American woven coverlet presents an appealing visual record of the patterns and designs of the 18th and 19th centuries. Prior to the arrival of the Jacquard attachment in the United States in the early 1820s, coverlets like this one were woven at home or in shops on small looms in narrow widths and were then whip stitched together to make a bed-size coverlet. Coverlets come in a variety of weave structures and frequently are double cloths, a technique introduced to the United States by weavers from the British Isles and Germany, who also brought their traditional European coverlet designs to the United States.

The double cloth coverlet was woven mainly by professionals using a multi-shaft loom. It was the most expensive to weave given that the double warp and weft used a large quantity of yarn. This also made it the warmest of coverlets. To weave a coverlet with strong graphic motifs like those found on this particular coverlet would require a loom with up to 20 shafts.

Geometric patterning predominates on coverlets from this period. Weavers referred to these graphic elements with names like stars, chains, roses, knots, and rings.

This particular Pennsylvania coverlet was made in the early 19th century, probably before the arrival of the Jacquard attachment, and is a reversible double cloth of cotton and wool in dark blue, light brown and off-white. The woven design consists of a central field with a single “snowball” pattern enclosed by intersecting circles and a “pine tree” motif for the border. The coverlet was made by stitching two woven lengths up the center. The top edge is hemmed and there is fringe on three sides.

The bold and graphic nature of these coverlets cannot be expressed in a small fragment—too much of the visual impact is lost. At the time of proposed acquisition, the museum holds many smaller examples of woven coverlet structures and patterns. This coverlet’s large size would make it an important addition to the museum’s collection.]