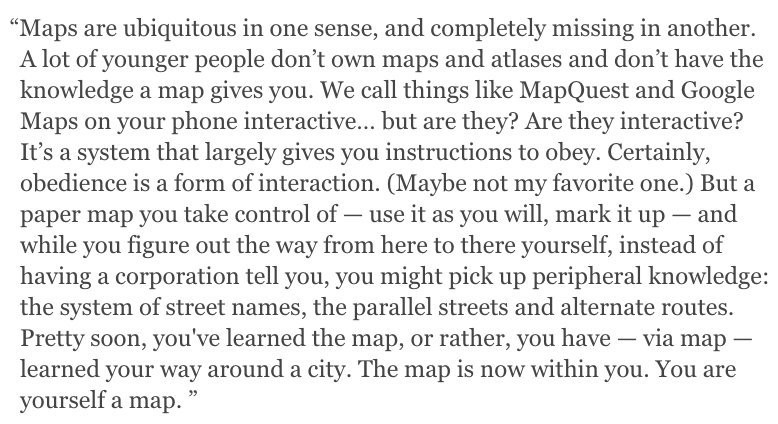 "Maps are ubiquitous in one sense, and completely missing in another. A lot of younger people don't own maps and atlases and don't have the knowledge a map gives you. We call things like MapQuest and Google Maps on your phone interactive... but are they? Are they interactive? It's a system that largely gives you instructions to obey. Certainly, obedience is a form of interaction. (Maybe not my favorite one.) But a paper map you take control of — use it as you will, mark it up — and while you figure out the way from here to there yourself, instead of having a corporation tell you, you might pick up peripheral knowledge: the system of street names, the parallel streets and alternative routes. Pretty soon, you've learned the map, or rather, you have — via map — learned your way around a city. The map is now within you. You are yourself a map."