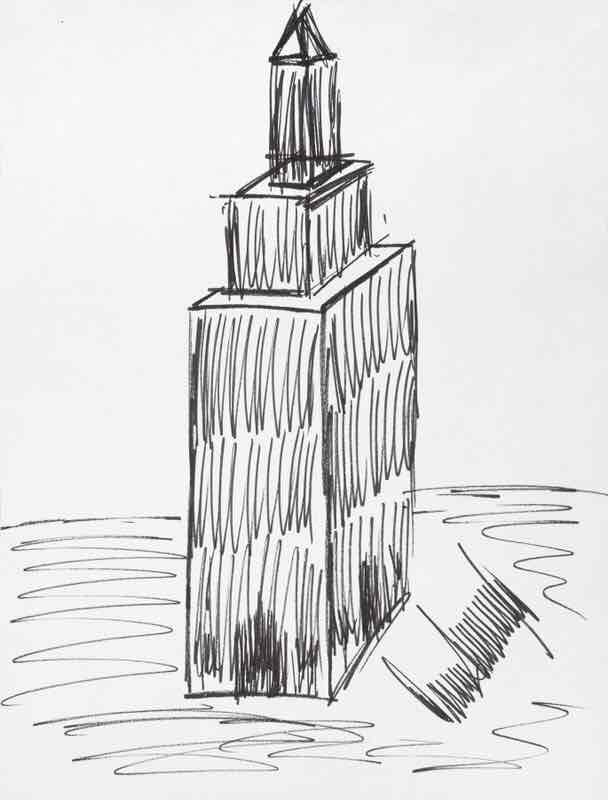 This image provided by Julien’s Auctions shows a sketch of the Empire State Building drawn by President Donald Trump that sold for $16,000 at auction on Oct. 19, 2017. The marker depiction of the iconic New York City skyscraper was created by Trump for a charity auction in Florida during the time he opened his Mar-a-Lago estate as a private club in 1995. (Julien’s Auctions via AP)