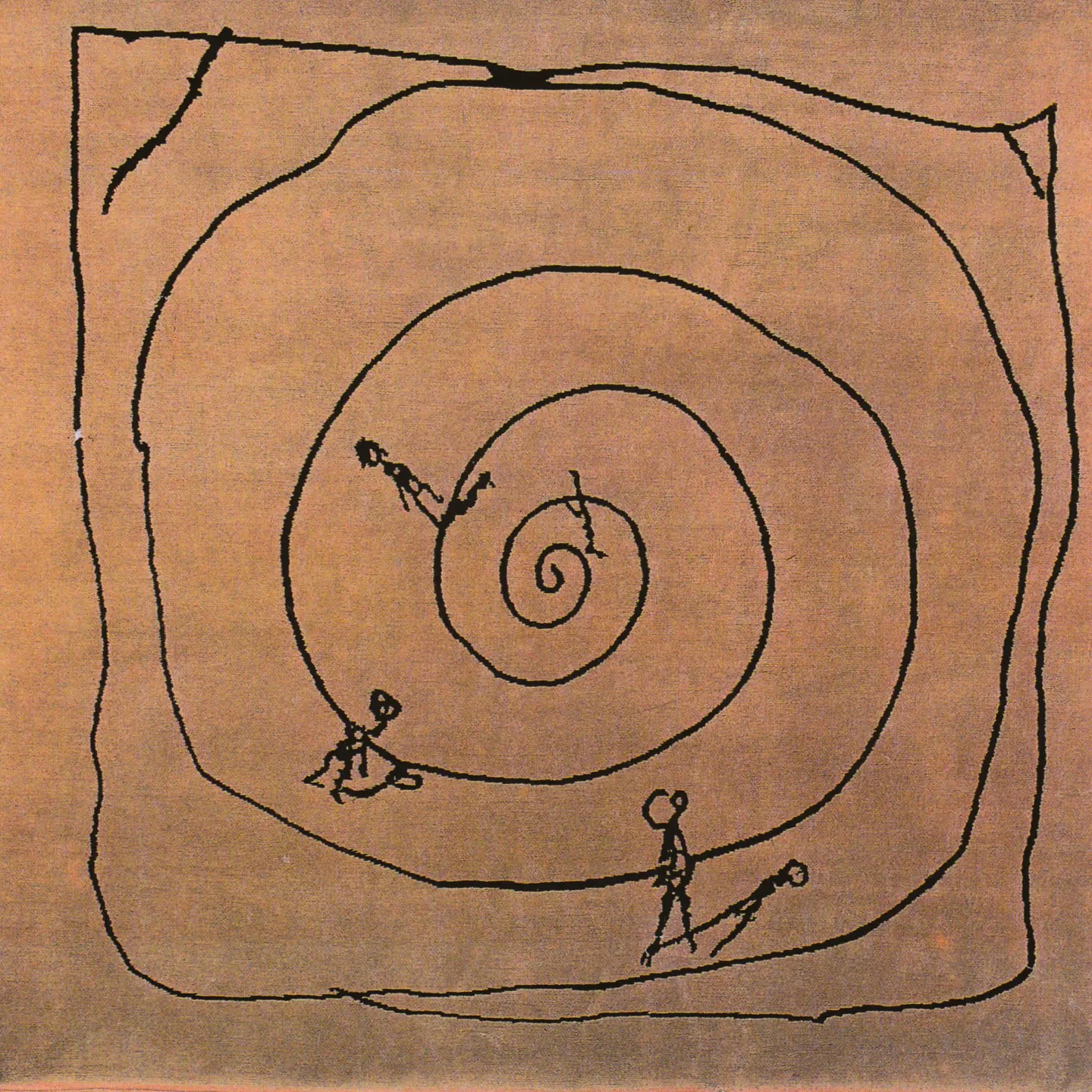 [The world as a diagram and sketch. In 'The Peak of the 20th Century' the gaze wanders along a framed spiral into its innermost part. Shadowy figures move across a white-shaded background, following an inescapable vortex towards a centre which could equally be a high or low point. Akin to Alberto Giacometti in the reduced style of his art, Walter Dahn sets out in search of meaning in a world full of contradictions. As a master student of Joseph Beuys, Dahn always sees his works as a means of communication, dealing with a broad spectrum of social and aesthetic questions without ever insisting on a final valid statement. His artistic home during the early 1980s was the Mülheimer Freiheit, a Cologne-based artists' group. In their work the Junge Wilde (Wild Youth, or Neo-Expressionists) opposed the intellectual avant-garde and established art as regards both content and method.]