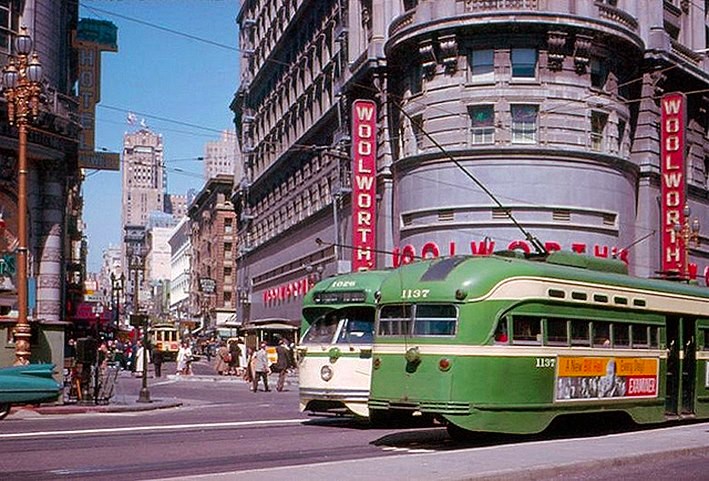 1961 - Woolworth's was built in San Francisco in the historic Flood Building at Powell and Market Streets in 1952. The store took up the entire ground floor and basement. Enormously popular, Woolworth's was a "delightfully inexpensive" store of its day, with thousands of low priced toys, live birds and fish, stamp collecting kits, gifts, cosmetics, clothes, and a lunch counter. This Woolworth's was among the chain's biggest stores and included a basement with loads of goodies. Tourists flocked to buy their San Francisco souvenirs here, where this picture postcard was probably sold. This was also THE place where natives bought their Christmas decorations. Among the best things at Woolworth's was their take-away cheese pizza by-the-slice. Notice the green "streamline" streetcars, then running above the ground on many lines, including M, L, N, etc. The store closed in 1997 having been the victim of Walgreen's and Walmart type stores. Do you remember Woolworth's?