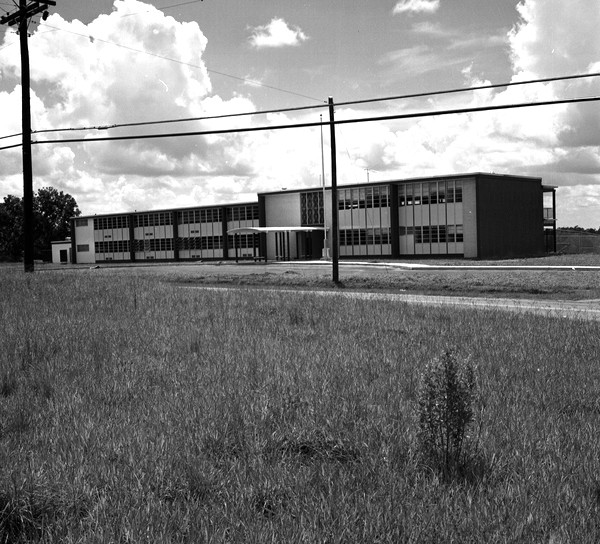 James S. Rickards Junior High, located on Jim Lee road, opened in Fall 1960 to relieve the growing enrollment at the Elizabeth Cobb Junior High. At the time, it was a "whites only" high school. The one for Black students, R. Frank Nims Junior High School, opened down the street on Orange Avenue.

In 2000, Althemese Barnes, a local, prominent historian, penned a letter to the Tallahassee Democrat, sharing how white flight led to under-enrollment at Rickards:

"In a July 18 article on Rickards High School and the use of magnet programs to correct racial imbalance, Superintendent Richard Merrick stated that 'some of the reasons for under-utilization are part of the thorny racial and legal legacy.' He further stated that 'predominantly black schools on the south side were built in black neighborhoods, and in many cases these neighborhoods were hemmed in.' I agree that the under-enrollment of students at Rickards has ties to Tallahassee's past racial problems. I would add that these problems were both systemic and individual, and unfortunately still exist to a greater extent today than many seem to realize or will admit. However, to prevent another distortion or misrepresentation of history, let the record reflect that, upon initial construction, both Wesson Elementary and Rickards High School were located in an all-white neighborhood (segregated).

Before the desegregation of schools, black high-school students in Tallahassee were only allowed to attend the Old Lincoln High School on Brevard Street or the Florida A&M College/University Demonstration School. White students attended Leon, Rickards or Florida High. As housing-discrimination laws were enacted and enforced and desegregation of schools became imminent, 'white flight' occurred, and many white families moved from the south side, gradually changing the racial makeup of the schools."