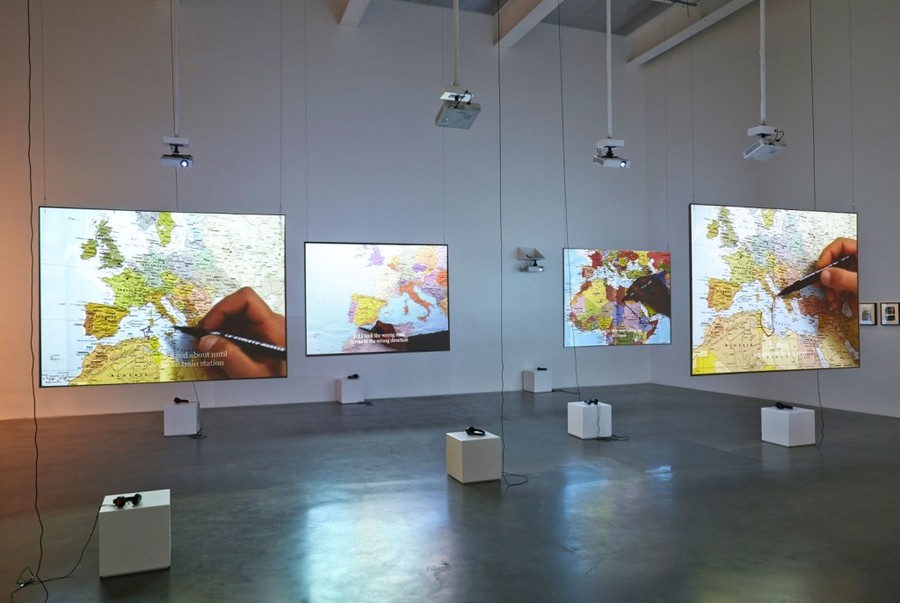 Bouchra Khalili's Mapping Project at the New Museum in 2008 is a following of refugees crossing the Mediterranean. The project draws an alternative project of map-making shaped from the perspective of individuals forced to cross borders illegally.

Khalili (Moroccan-French, born 1975) encountered her subjects by chance in transit hubs across Europe, North Africa, and the Middle East. Following an initial meeting, the artist invited each person to narrate his or her journey and trace it in thick permanent marker on a geopolitical map of the region. The videos feature the subjects’ voices and their hands sketching their trajectories across the map, while their faces remain unseen.