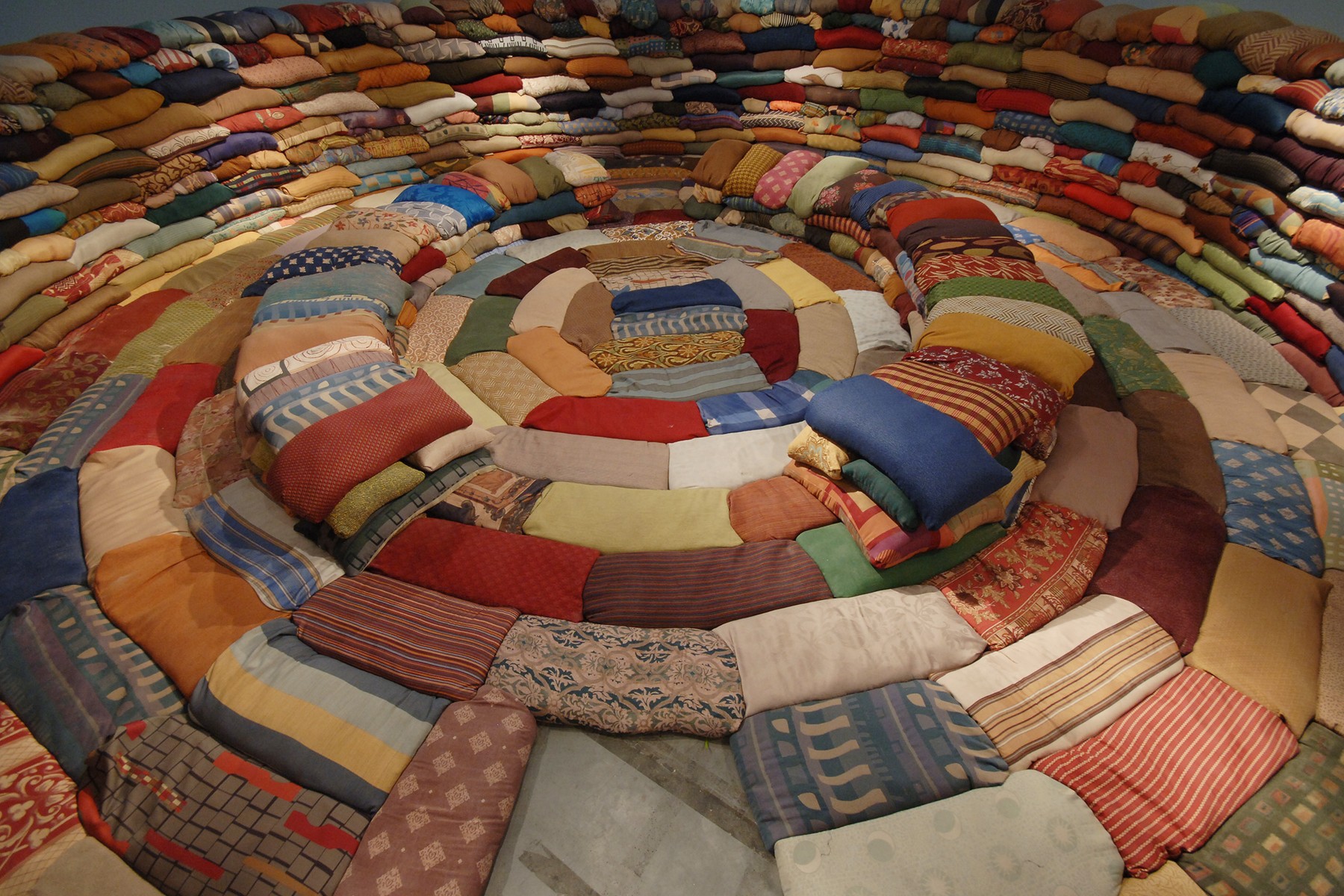 Overview
Dan Peterman has been working since the mid-1980s as both an artist and an activist on the explosive intersection of ecology and aesthetics. Alternative economies, the production of "green" energy and eco-friendly recycling stand at the centre of his engaged aesthetic interest. An example of this art practice is Peterman’s furniture that is made of recycled plastic, which on the one hand reminds us, through its strict geometrical form, of Minimal Art, and on the other hand is functional, thus calling into question the boundaries between free and applied art. Another example is the Chicago Compost Shelter (1988), a Volkswagen van body buried and being heated with warm, steaming horse dung, which was used in the cold winter as a shelter for homeless people. Dan Peterman also runs his Chicago project The Building, which is a complex that since 1996 has housed a bicycle workshop, an atelier for artists, an alternative agriculture project and the editing rooms of a leftist magazine. In spring 2001 The Building burned down to its fundaments. It was thought that this was an act of arson, since the piece of land had become interesting to property speculators.

Immediately afterwards the artist became engaged in the rebuilding of the area and new working groups began to appear. Amongst them were the same subjects that had interested Dan Peterman before the catastrophe of The Building happened; what is new, however – and this surely has to do with his experiences at that time–is the rather pessimistic view concerning the ecological turning-point, which he formulates consistently. So instead of presenting engaged and “applied” projects, as had been the case in the 1990s, the artist produces almost small works, which reflect the ecological momentum, first and foremost from the aesthetic, and no longer from the “real function” perspective. A typical example of this is his work Beyond Chance and Skill (2006), which is composed of discarded adhesive tape and paper that he recycled into small footballs. These balls now lie on a piece of artificial grass, which is again left over from the installation The Happy End of Franz Kafka’s America by the artist Martin Kippenberger.

Peterman seems to state in an attitude of resignation that ecology in the era of neo-liberal globalisation only has a chance on the grounds of art. The work series Things That Were Are Things Again, which is composed of cast aluminium pieces, points in the same intellectual direction of an almost "negative Utopia". Discarded scrap was cast here and then re-shaped; the aesthetic result is abstract-filigree objects that again and again remind us of ornamental signs. Hung in a row on the wall of the gallery, these objects quickly become a decorative attraction; instead of recycling, one thinks only of market-oriented artistic handicraft. This very trend makes sense, unfortunately: recycling at exactly the time when survival is becoming increasingly difficult has entered – in the dual sense of the word – into the formal canon of contemporary art and so has become appreciated and saleable.
Raimar Stange