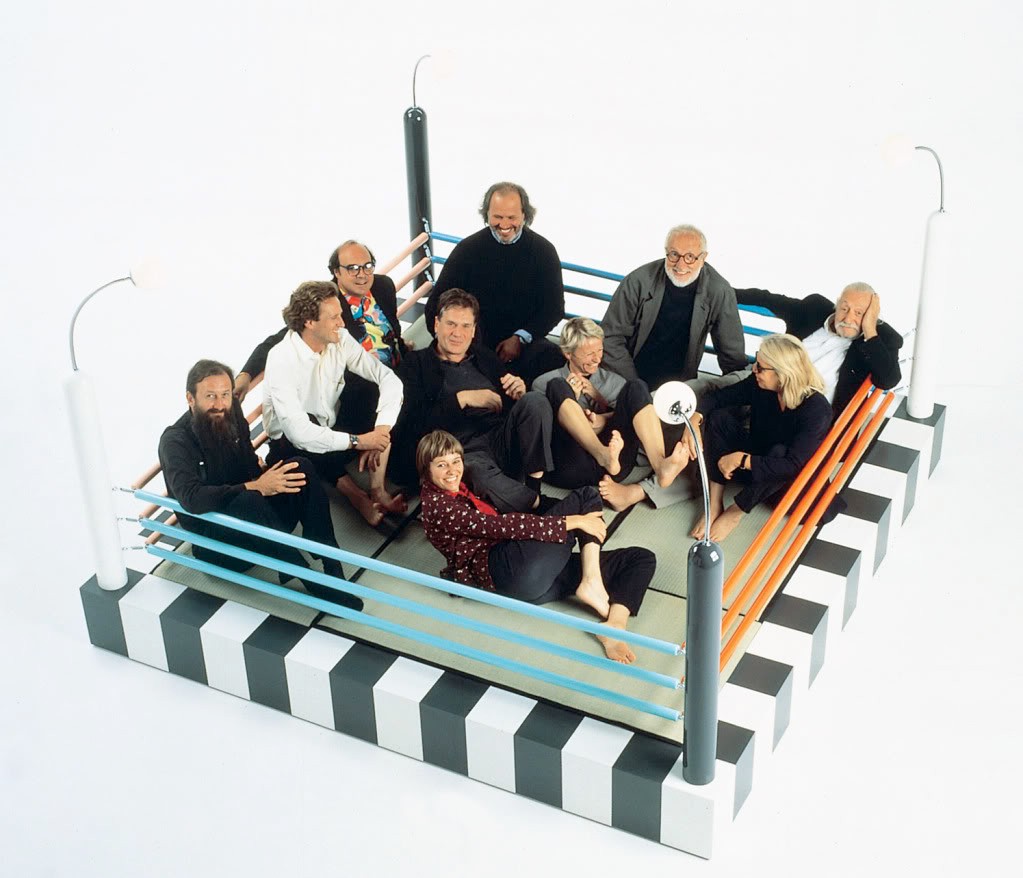 The Memphis group comprised of Italian designers and architects who created a series of highly influential products in the 1980's. They disagreed with the conformist approach at the time and challenged the idea that products had to follow conventional shapes, colours, textures and patterns.

Memphis was a reaction against the slick, black humorless design of the 1970's. It was a time of minimalism with such products as typewriters, buildings, cameras, cars and furniture all seeming to lack personality and individualism.

Many of the pieces featured in the exhibition were coated in brightly, colourful laminates. Laminates are most commonly used to protect kitchen furniture and surfaces from staining as a result of spillage. The group specifically chose this material because of its obvious ''lack of culture''.

The work of the Memphis Group has been described as vibrant, eccentric and ornamental. It was conceived by the group to be a 'fad', which like all fashions would very quickly come to an end. In 1988 Sottsass dismantled the group.