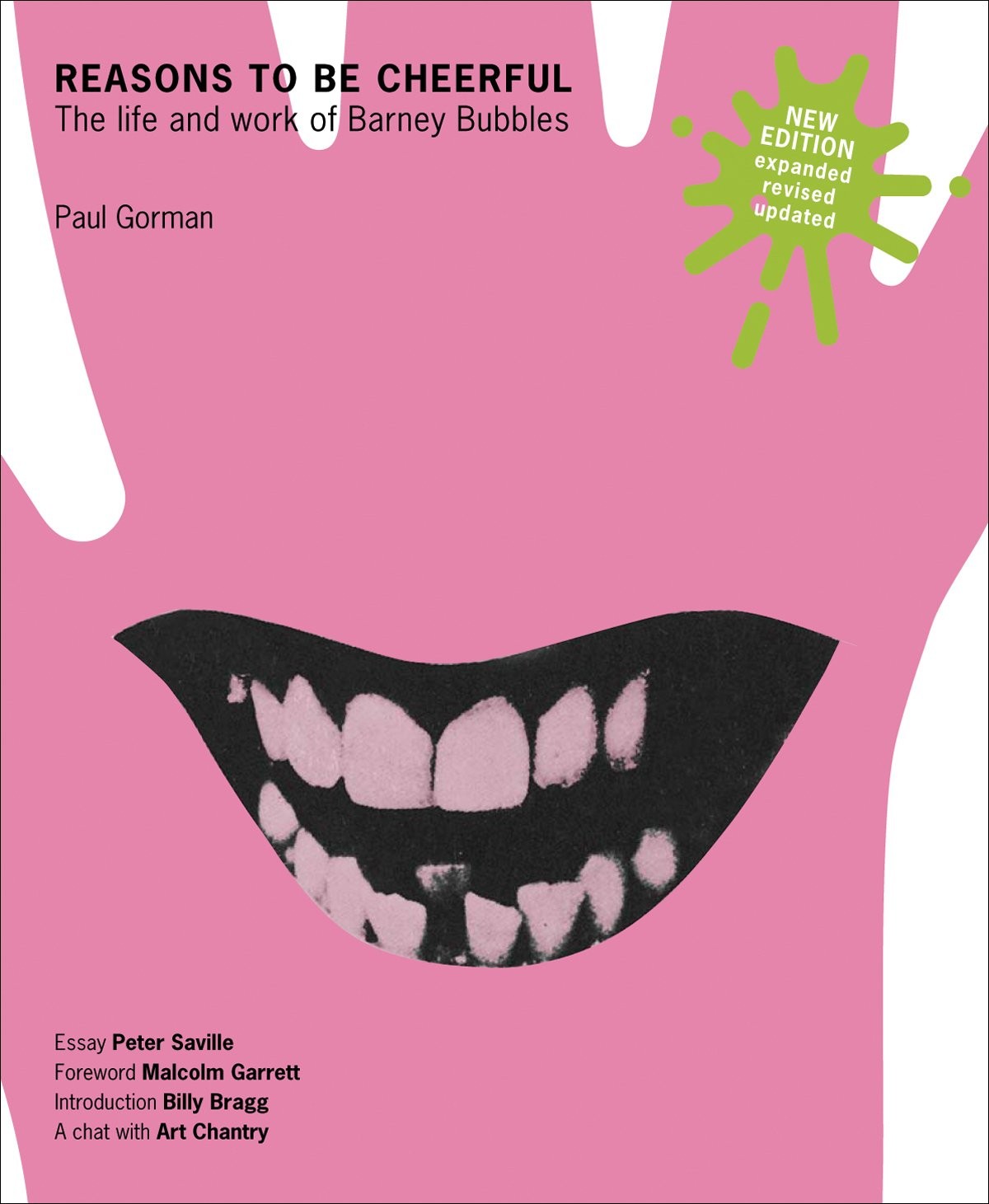 Reasons To Be Cheerful: The Life and Work of Barney Bubbles

More than a quarter century after his death, graphic design genius Barney Bubbles remains a powerful influence on contemporary artists. Bubbles is perhaps best known for the legendary record album covers and posters he created for Hawkwind, in styles ranging from Art Deco to Constructivist to black light/acid trip. His art also graces the covers of albums by Billy Bragg, Elvis Costello (the stampeding elephants on Armed Forces are his work, as is the camera-wielding Costello of This Year's Model), The Damned, Depeche Mode, Ian Dury and Nick Lowe, and he designed as well for Sir Terence Conran and underground magazines Oz and Friends. When the first edition of Reasons to Be Cheerful was released in 2009, reviewers pronounced it "joyous, playful and rich in meaning" and Mojo named this marvelous compendium its Book of the Year. This first edition quickly sold out, making this reissue a welcome opportunity to see Bubbles' work anew. This new and expanded edition contains hundreds of rare and previously unpublished images, photographs, working sketches, notebooks and original artwork. It includes more than 50 new images, for a total of over 600 in all, as well as fresh interviews, exclusive facts and information, writings by Peter Saville and Malcolm Garrett and an introduction by Billy Bragg.