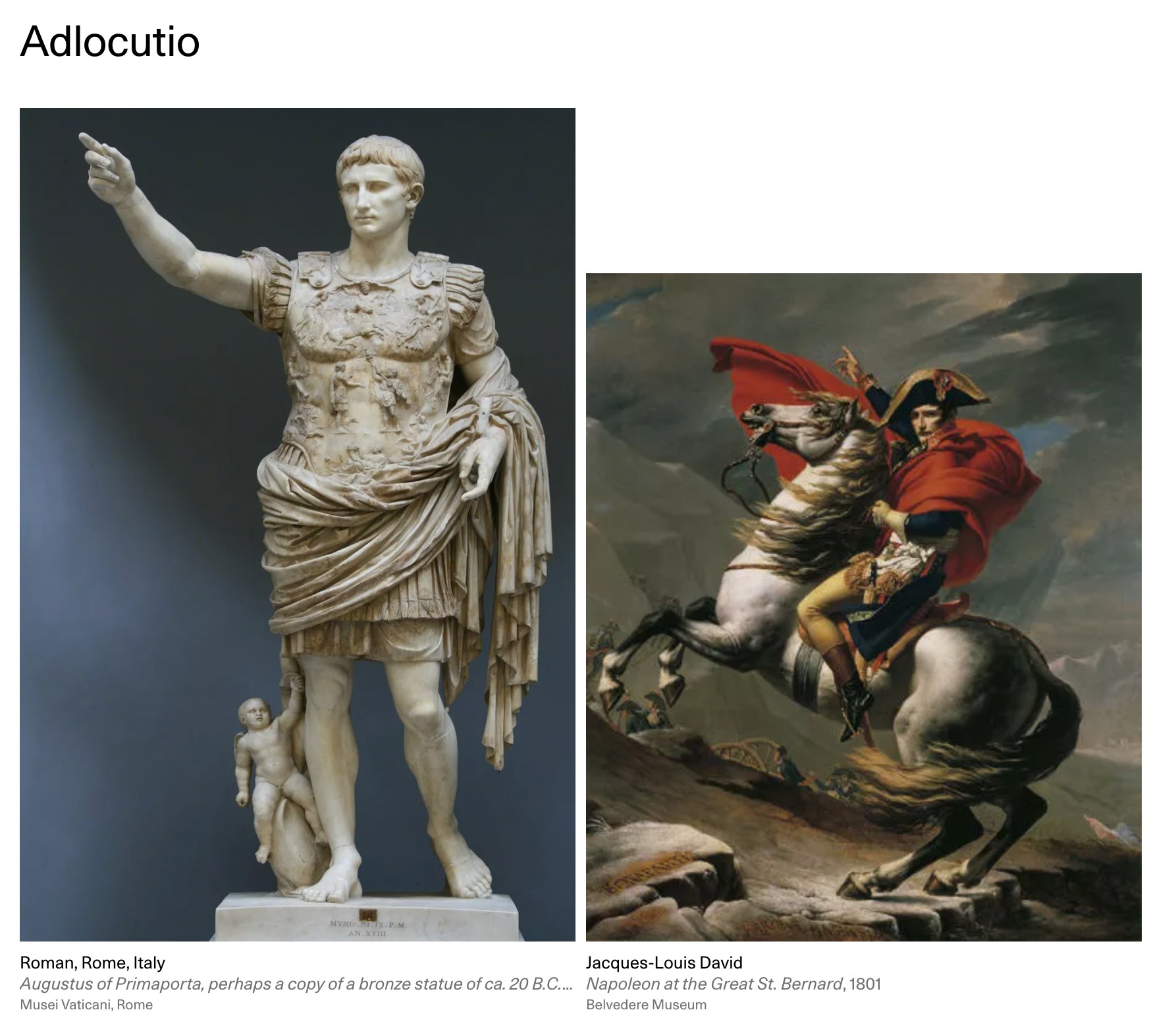 In ancient Rome the Latin word adlocutio means an address given by a general, usually the emperor, to his massed army and legions, and a general form of Roman salute from the army to their leader. The research of adlocutio focuses on the art of statuary and coinage aspects. It is often portrayed in sculpture, either simply as a single, life-size contrapposto figure of the general with his arm outstretched, or a relief scene of the general on a podium addressing the army. Such relief scenes also frequently appear on imperial coinage.

The adlocutio is one of the most widely represented formulas of Roman art. The convention is regularly shown in individual figures like the famous Augustus of Prima Porta or can be put into a narrative context as seen in the Aurelian panel. Gestures and body language are crucial for the study of adlocutio in ancient times, as addressing to thousands of soldiers was less penetrable by voice compared to body language and gestures which were more powerful, infectiously raising the army's enthusiasm.[1] Characteristic of the formula is the outstretched hand of speech as well as the contrapposto pose with the weight clearly shifted to one leg. Much information about adlocutio can be interpreted by these sculptures.