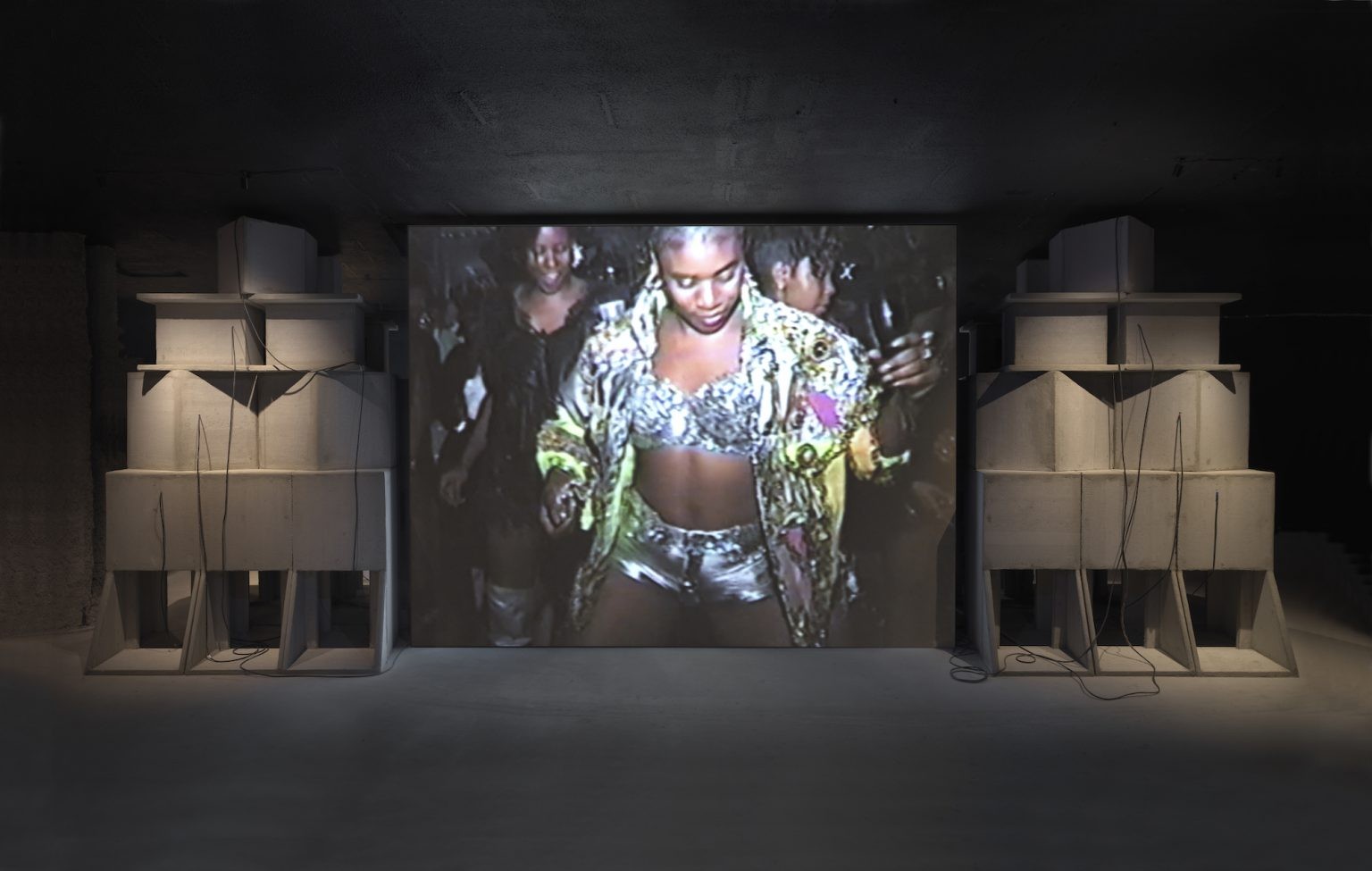 Red Bull Arts is pleased to present Akeem Smith: No Gyal Can Test, the first major solo show by artist Akeem Smith. On view at Red Bull Arts New York from September 24–November 15, 2020, this large-scale debut traverses the slippages between memory, the archive, and history, excavating the personal photographs and videos entrusted to the artist over the past decade by various family members, friends, and pivotal figures of Kingston’s dancehall community.

Drawing upon his experience growing up between New York and Jamaica, Smith harmonizes disparate elements from this extensive archival documentation, which chronicles this seminal era from the early 80s through y2k, conjuring a collective memory that otherwise would have only existed on the threshold of the artist’s own. Part poem, part anthropological homage, No Gyal Can Test forms a layered exploration of spectral coloniality, diaspora, and the voyeurism that results from transposing these artefacts across cultural, economic, and temporal divides.

While the exhibition acts as a love letter to the culture that raised him, Smith also refuses the tidy representation that often results from retrospection. In looking through his archive the unacquainted might simply see a community centered around celebration; to those familiar, however, it is messy, personal and hierarchical, with loyalties, gossip, highs and lows, and the knowledge of where everyone ended up. This interwovenness challenges the still common idea that there is any one, primary history to which these regional, “vernacular,” or personal histories are secondary.

Reuniting these lineages–previously overdubbed, printed as doubles, and circulated across diasporic currents–for the first time, Smith’s photographs and video coalesce as lyrical reconstitutions of a lost world. Framed by demolished architectural remnants salvaged and transported from his childhood neighborhood of Kingston’s Waterhouse District, the women of the dancehall are deified in multi-channel video installations and monumental sculptural assemblages studded with period garments and accoutrement as the larger-than-life figures remembered from his adolescence.

The hybridity of Smith’s artistic practice is a throughline across his work as an artist, designer, stylist, and creative director—a career that repeatedly conjures the type of women who raised him, a woman who moves without pause between different worlds. As an insider and outsider, Smith can uniquely navigate the gap between Jamaican culture and the artworld, the aspirations of dancehall and the realities of its legacy, a private world made public through its circulation, and the often conflicting roles of the documented and the documentarian.