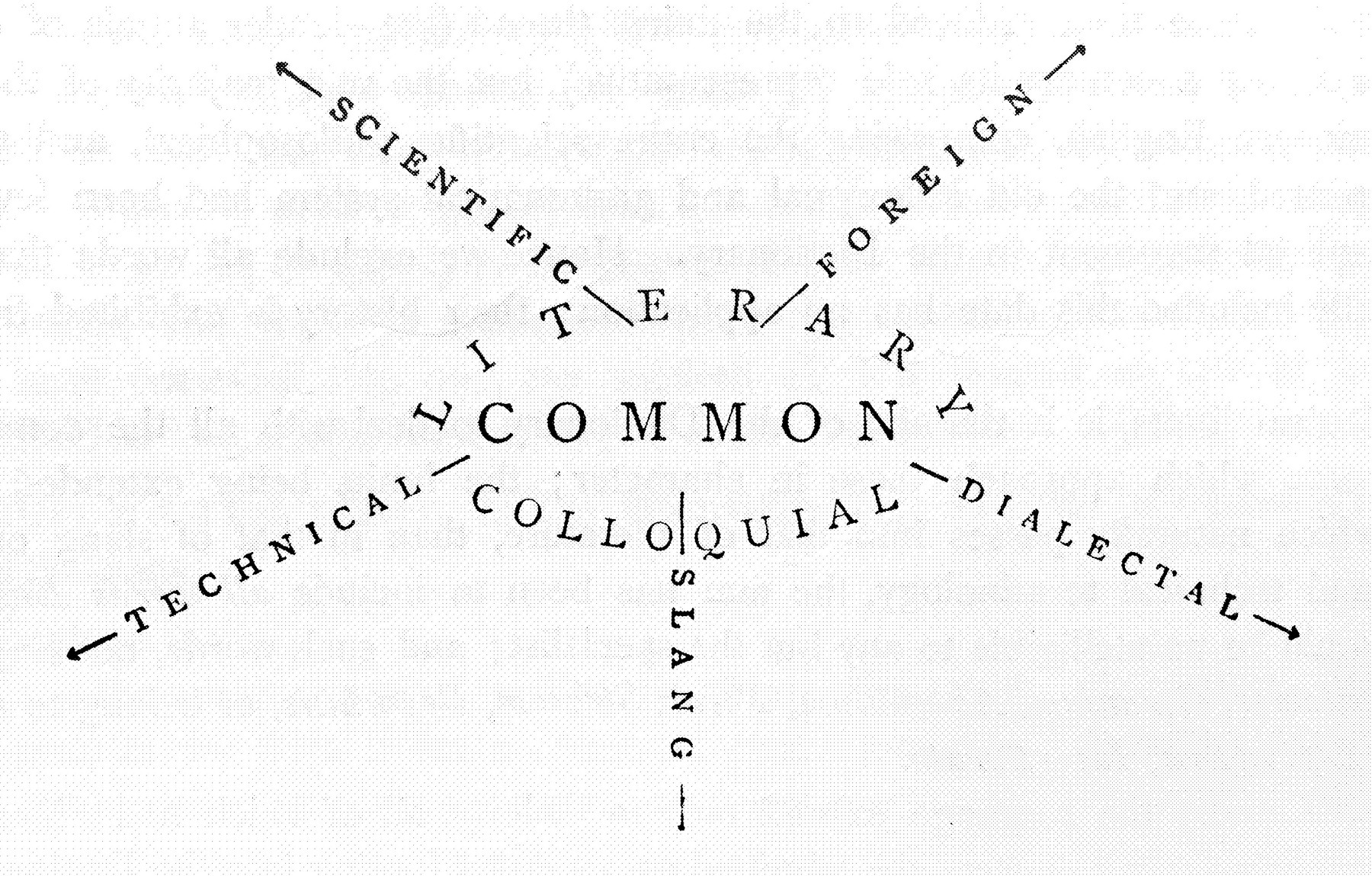 “The above diagram will explain itself, as an attempt to express to the eye the aspect in which the Vocabulary is here presented, and also some of the relations of its elements typical and aberrant. The centre is occupied by the ‘common’ words, in which literary and colloquial usage meet. ‘Scientific’ and ‘foreign’ words enter the common language mainly through literature; ‘slang’ words ascend through colloquial use; the ‘technical’ terms of crafts and processes, and the ‘dialect’ words, blend with the common language both in speech and literature. Slang also touches on one side the technical terminology of trades and occupations, as in ‘nautical slang,’ ‘the slang of the Stock Exchange,’ and on another passes into true dialect. Dialects similarly pass into foreign languages. Scientific terminology passes on one side into purely foreign words, on another it blends with the technical vocabulary of art and manufactures. It is not possible to fix the point at which ‘English Language’ stops, along any of these diverging lines.”