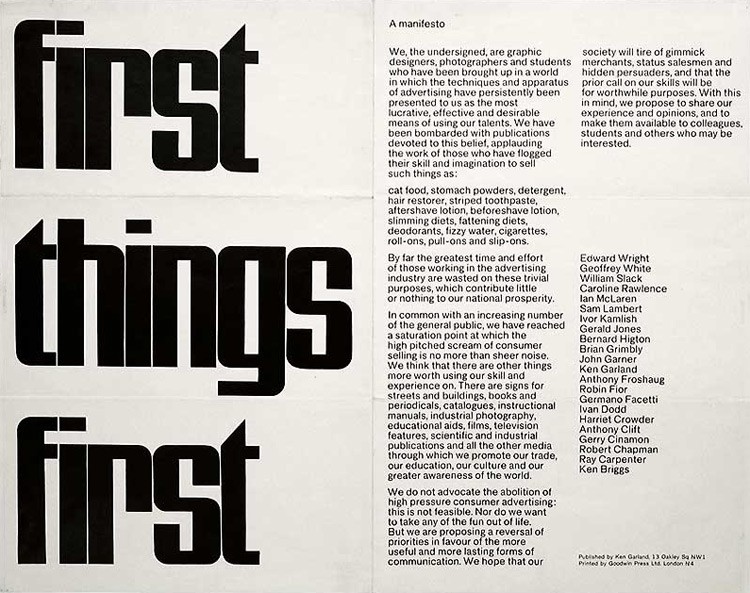 The First Things First manifesto was written 29 November 1963 and published in 1964 by Ken Garland. It was backed by over 400 graphic designers and artists and also received the backing of Tony Benn, radical left-wing MP and activist, who published it in its entirety in the Guardian newspaper.

Reacting against a rich and affluent Britain of the 1960s, it tried to re-radicalise a design industry which the signatories felt had become lazy and uncritical. Drawing on ideas shared by Critical Theory, the Frankfurt School and the counter-culture of the time it explicitly re-affirmed the belief that Design is not a neutral, value-free process.