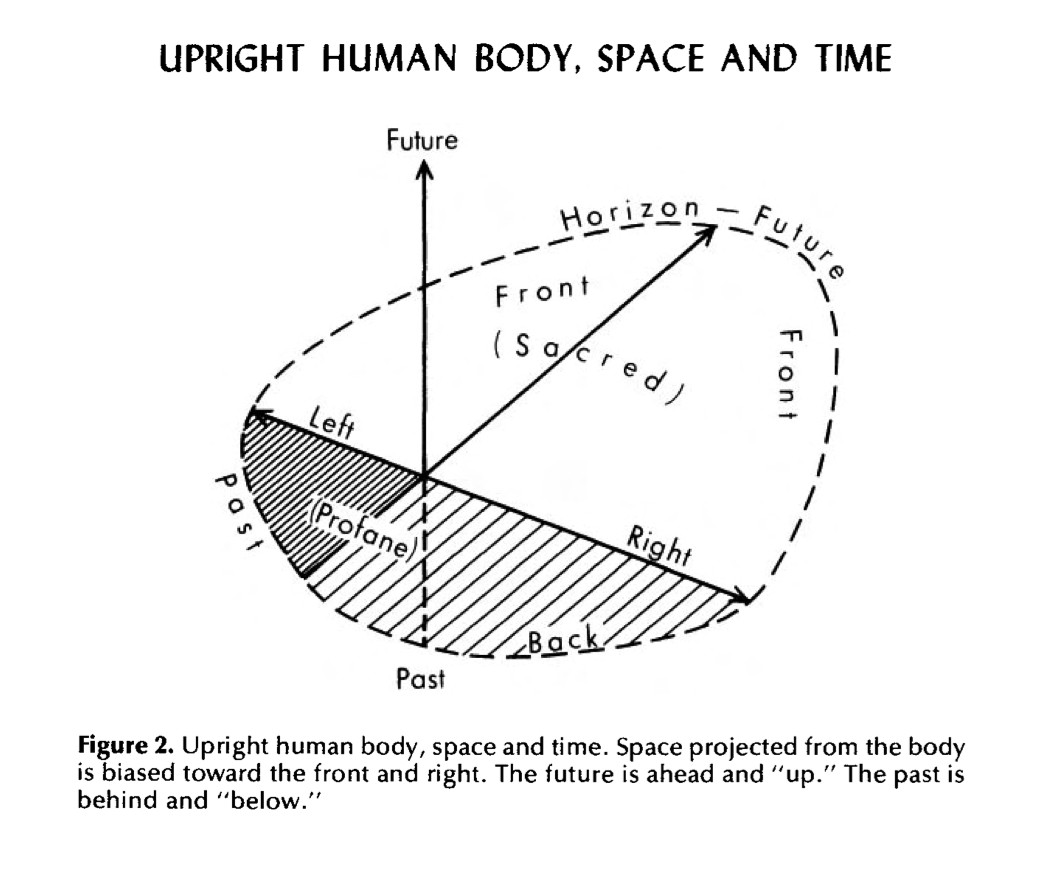 Among mammals the human body is unique in that it easily maintains an upright position. Upright, man is ready to act. Space opens out before him and is immediately differentiable into front-back and right-left axes in conformity with the struc- ture of his body. Vertical-horizontal, top-bottom, front-back and right-left are positions and coordinates of the body that are extrapolated onto space (Fig. 2). In deep sleep man continues to be influenced by his environment but loses his world; he isa body occupying space. Awake and upright he regains his world, and space is articulated in accordance with his cor- poreal schema. What does it mean to be in command of space, to feel at home in it? It means that the objective reference points in space, such as landmarks and the cardinal positions, conform with the intention and the coordinates of the human body.