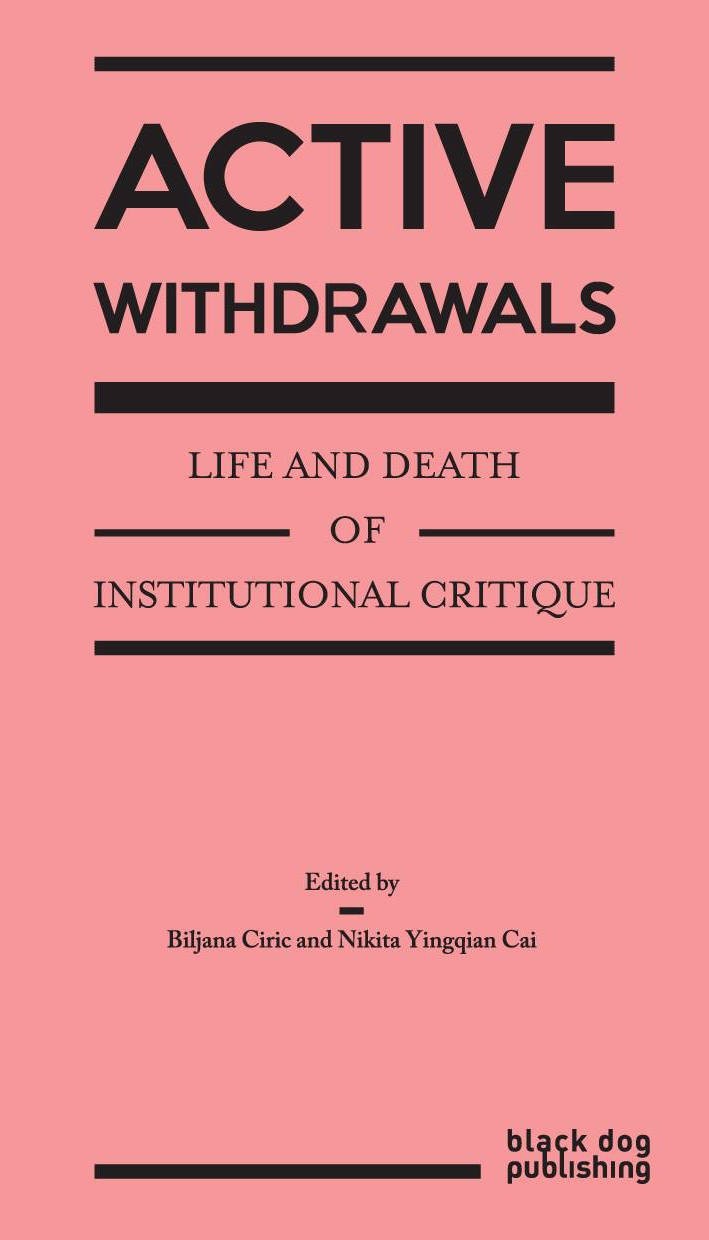 Life and Death of Institutional Critique

Active Withdrawals is an anthology of essays addressing the institutionalisation of artistic practices and the act of withdrawal--a seeking out of places of contemplation and retreat--that is often adopted in Eastern art. The book critiques the growing desire for museums and galleries to become recognised as places of artistic institutions and exposes concerns surrounding the institutionalisation of artist's work, covering artistic practices across Scandinavia, Eastern Europe, China and South East Asia.

Drawing from a seminar that took place in July 2013, the book challenges the institutional structure that has become prominent within the art world and often drives and defines its output. Including writings from some of the world's most prominent curators, including Biljana Ciric, Maria Lind and Lina Dzuverovic, a large focus of this anthology explores issues beyond a Western context and avoids a geographical grouping to the writers' concerns. Instead, the publication is structured in such a way that the voice of each writer resonates throughout, combining to create a thoughtful and significant commentary on a largely neglected topic.