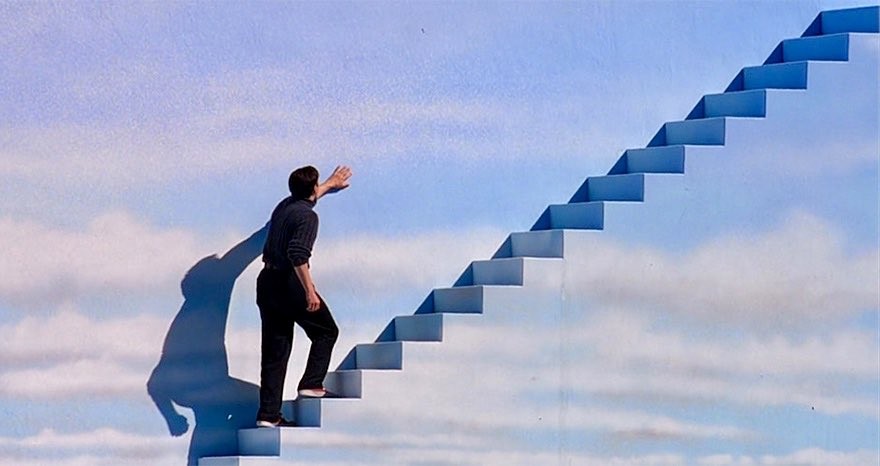 In case I don't see you

<br>Still from <i><u><a href="https://en.wikipedia.org/wiki/The_Truman_Show">The Truman Show</a></u></i> (1998);
"The film stars Jim Carrey as Truman Burbank, adopted and raised by a corporation inside a simulated television show revolving around his life, until he discovers it and decides to escape."

"[...] That's where Hornsey is focusing his efforts. In a new paper, he describes what he calls attitude roots — the fears, ideologies, worldviews, vested interests and identity needs — that motivate us to accept or reject scientific evidence. He argues that communicators must do a better job at identifying those roots and adjust their persuasion attempts accordingly (American Psychologist, in press). "This is what we call jiu jitsu persuasion: working with people's motivations rather than trying to fight against them," he says."
— <i>Monitor On Psycology: <u><a href="https://www.theguardian.com/technology/2017/may/22/social-media-election-facebook-filter-bubbles">Why we believe alternative facts</a></u></i> (2017)

"Truth always rests with the minority, and the minority is always stronger than the majority, because the minority is generally formed by those who really have an opinion, while the strength of a majority is illusory, formed by the gangs who have no opinion — and who, therefore, in the next instant (when it is evident that the minority is the stronger) assume its opinion… while truth again reverts to a new minority."
— <i>Søren Kierkegaard, Diary</i>

"A 2015 study suggested that more than 60% of Facebook users are entirely unaware of any curation on Facebook at all, believing instead that every single story from their friends and followed pages appeared in their news feed.

In reality, the vast majority of content any given user subscribes to will never appear in front of them. Instead, Facebook shows an algorithmic selection, based on a number of factors: most importantly whether anyone has paid Facebook to promote the post, but also how you have interacted with similar posts in the past (by liking, commenting or sharing them) and how much other people have done the same."
— <i>The Guardian: <u><a href="https://www.theguardian.com/technology/2017/may/22/social-media-election-facebook-filter-bubbles">How social media filter bubbles and algorithms influence the election</a></u></i> (2017)