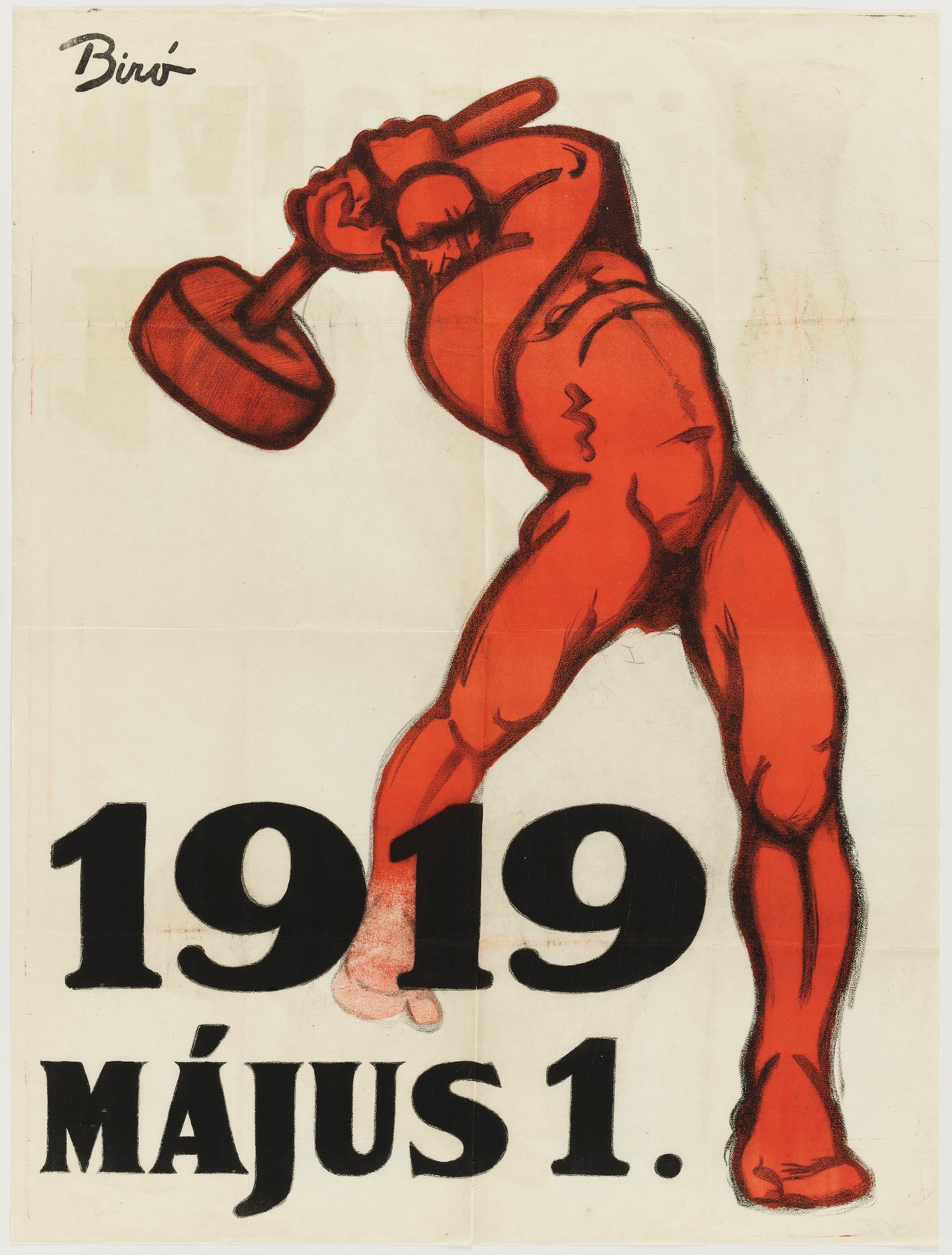 The poster is a design by Hungarian graphic artist, painter and sculptor Mihály Biró, who, having born 1886, worked in a landscape of social revolutions, World Wars and rising Soviet influence in Europe. He died in 1948, shortly after the establishment of the Communist government in Hungary.

With its iconic imagery, the worker with the hammer and the colour red, it is very easy to identify the political purpose of the work. Bíró all throughout his lifetime was a supporter of various socialist parties and organisations, and the artwork was used for numerous publications for the short-lived Hungarian Soviet Republic and for the cover of the left-wing, social-democratic newspaper, Népszava.

I particularly find the poster interesting as it foreshadows a visual language and culture that we associate with the the aftermath of World War 2 in Eastern Europe. It sheds light to the political and revolutionary chaos that was present in everyday life in Hungary right after the Great War, as the nation is struggling to recover and cope, looking for new political and social alternatives.