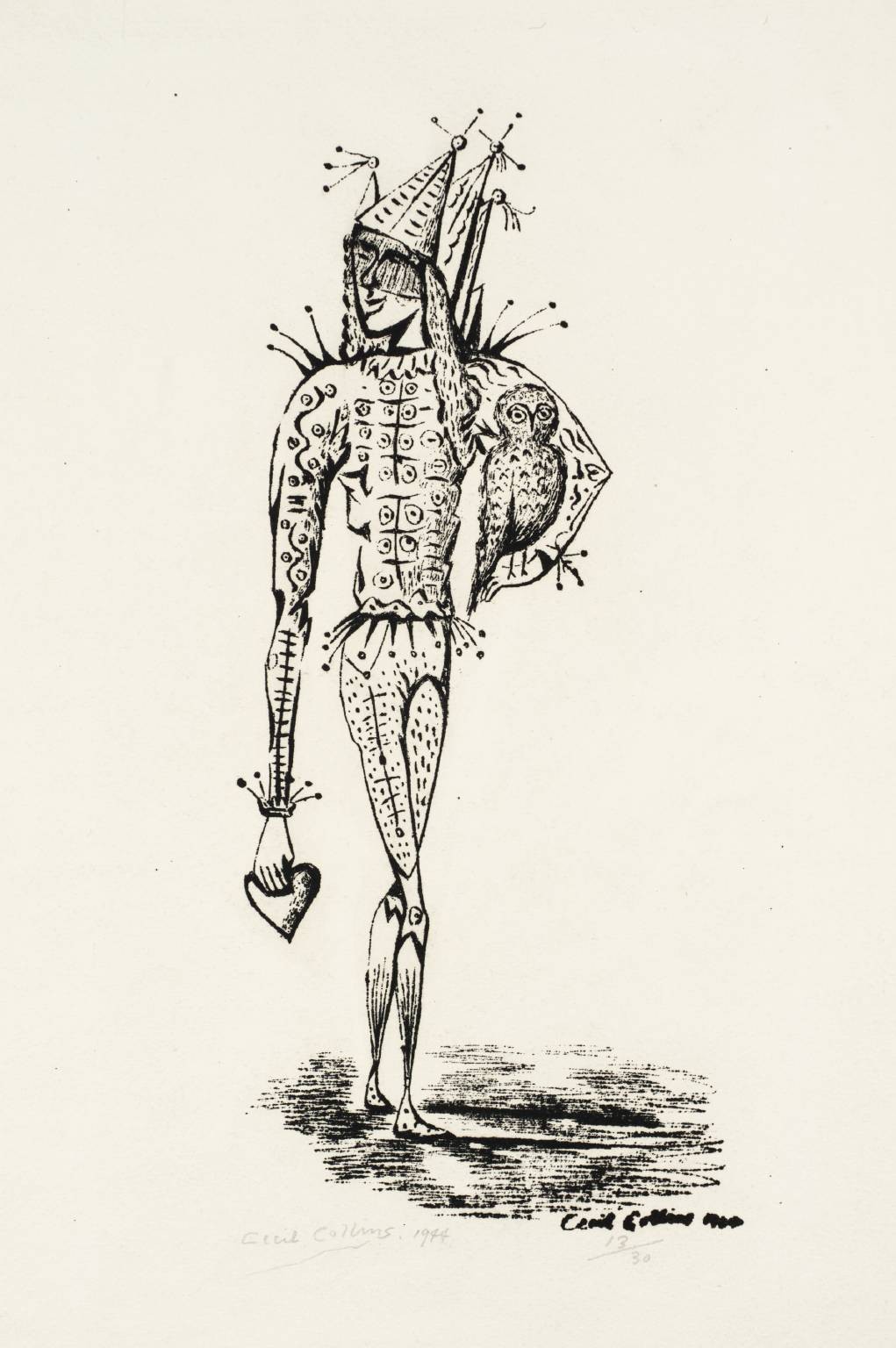 In 1942 Collins began writing The Vision of the Fool. First published in 1947 this essay highlighted his vision of what he described as the ‘mechanical jungle of the contemporary world’ (quoted in Keeble, p.74). Throughout the essay Collins links the Fool with the ‘Saint, the artist, the poet’ (Keeble, p.81) as the saviours of life. He explains: ‘modern society has succeeded very well in rendering poetic imagination, Art, and Religion, the three magical representatives of life, an heresy; and the living symbol of that heresy is the Fool. The Fool is the poetic imagination of life, as inexplicable as the essence of life itself’ (Keeble, p.73). The fool became a recurring image for Collins, appearing in many of his paintings and prints as an innocent figure who, although having no place in modern society, has the vision which is necessary to find fulfilment and eventual reward.

In this image (identical to Tate P11844) the Fool walks along carrying a heart in one hand and an owl in the other. The bird represents freedom, for, as Morphet explains in a catalogue essay written with the approval of the artist, birds ‘occupy the ether, the symbol of pure life and light’ (Morphet, p.18). Morphet further describes the Fool himself: ‘He is sprouting antenna-like forms which receive spiritual vibrations and relate to the finials which surmount St Mark’s Basilica in Venice and are known as ‘the language of the angels’ (Morphet, p.19).