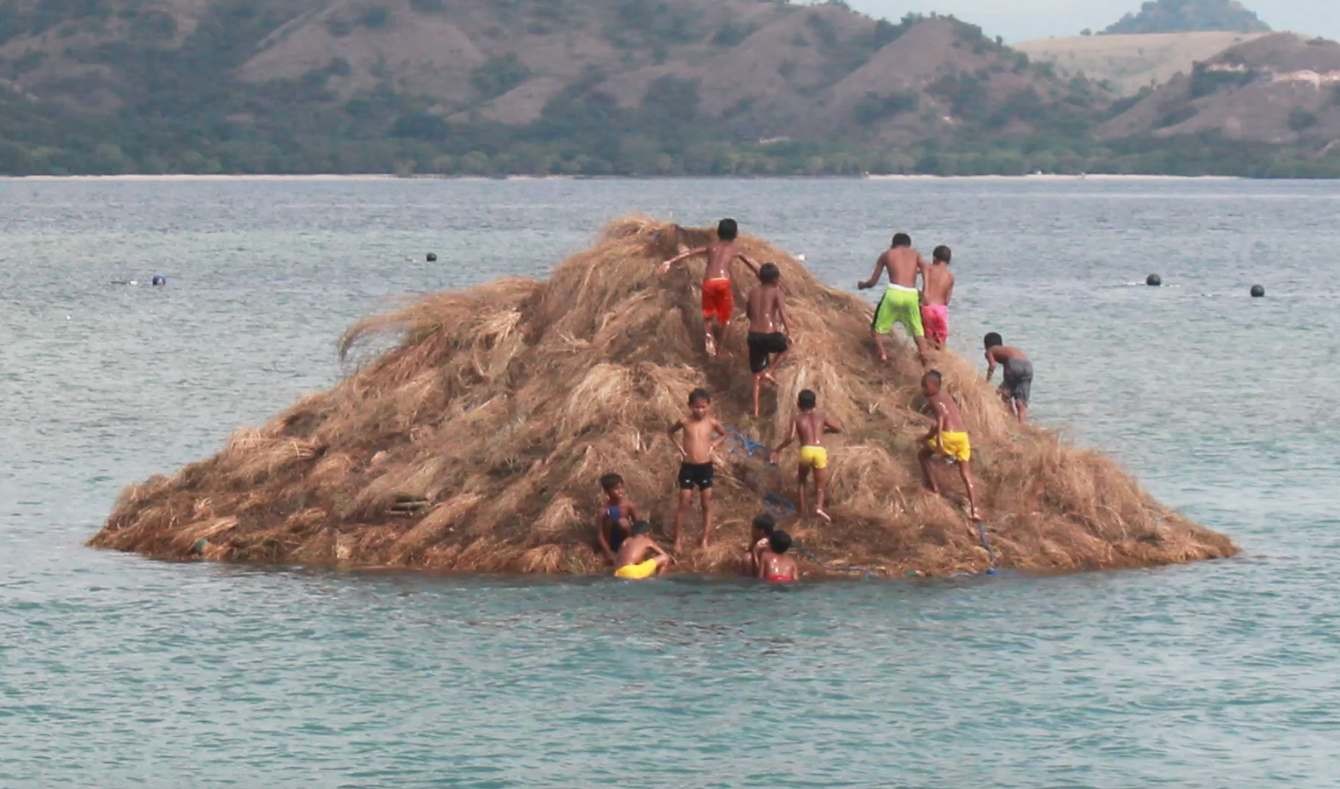 Alexis Gautier (1990) has spent two months in Indonesia looking for the definition of an island: “there is a bored god, a handful of dust and a floating island. I hear my name in the speakers of the mosque, a night fisherman with a lamp on his forehead and a prayer with open hand palms. They tell me about a buried egg, a hidden door and about one single cricket.”

“You can’t think what I have seen! I mean, it was so crazy when I was at the shore of the sea in Indonesia, suddenly I saw something passing at the horizon, I though it was a boat, but it was not… Can you imagine what it was? It was an island, it was not anchored in the ground but it was just swimming like you and I swim. It went from east to west, towards the sinking sun, and I though, well, what would the adventure be, if I would sit there, where would I arrive?»

Tired of hovering in the sky above the sea,
The old gods longed to set foot on something steady
So they gathered some dust from the stars
And scattered it about in the green waters
To form the first island of Indonesia.
Not anchored, the island was floating.

The exhibition in the Belgian Centre for Fine Arts BOZAR follows a floating island in the Komodo National Park. It has been pulled by boat, from one island to another and became a platform for local ideas and myths to appear.

Added over 1 year ago by Rachel Morón
Last updated 9 days ago
Source: alexis-gautier_1340_c.jpg