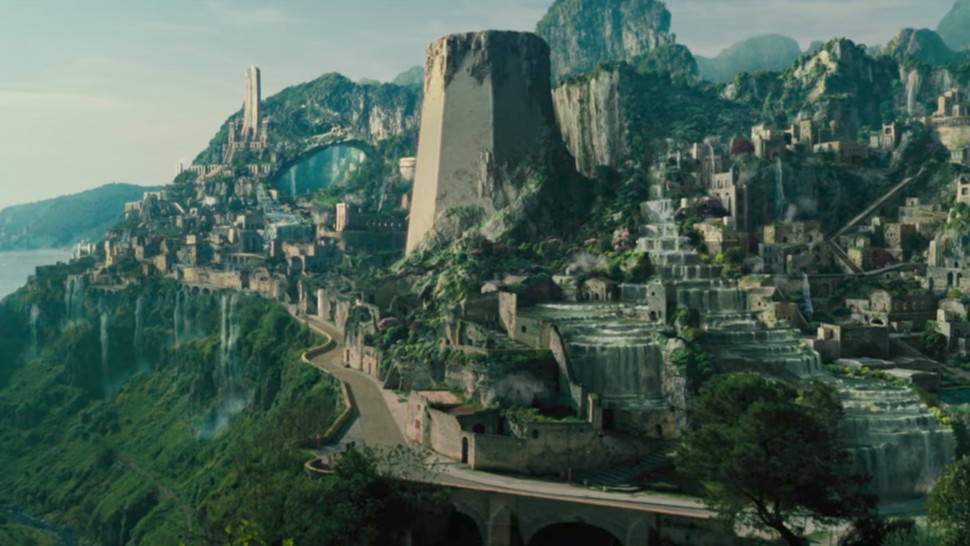 Originally known as Paradise Island, it first appeared in All Star Comics #8 (December 1941), and was created by William Moulton Marstonto allegorize the safety and security of the home where women thrived apart from the hostile, male-dominated work place. It is governed by Aphrodite’s Law, which stated that “Under penalty of death, no Man may set foot on Themyscira.”

Themyscira is the theocracy and capital city that serves as the Amazon peoples’ government and place of origin for Wonder Woman. The name for the entire archipelago became “The Paradise Islands”, when the city was renamed “Themyscira” with the character’s February 1987 relaunch in Wonder Woman (vol. 2) #1. Both the island and city are named after the mythological city of Themiscyra, the capital of the Amazon tribe in Greek mythology.

Watch: Everything you need to know about the island of Themyscira: http://www.syfy.com/syfywire/wonder-woman-themyscira

No men or columns: A look inside 'Wonder Woman’s’ paradise island Themyscira: http://www.latimes.com/entertainment/herocomplex/la-ca-mn-wonder-woman-themyscira-sneaks-20170421-story.html