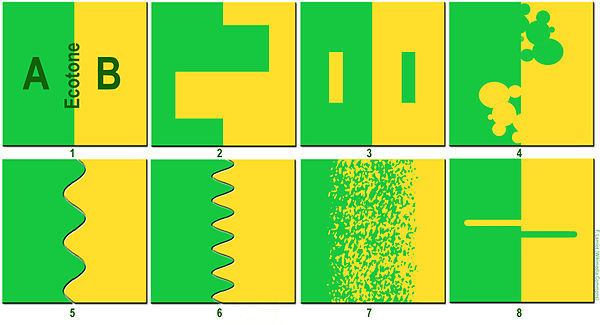 Fig.1 & 2 show simple ecotones with equal and homogeneous surfaces in both cases. Fig.3 shows an inclusion of each medium in the other, creating multiple ecotones, which are shown in a more complex form in figure 4. Fig. 5 & 6 show the edges of forests or banks treated in such a way as to lengthen the ecotone considerably without excessively modifying the environment. Fig.7 shows a common interpenetration of media (such as that found at the edge of a forest). Fig.8 shows an ecotone that could have been formed by an animal modifying its environment.