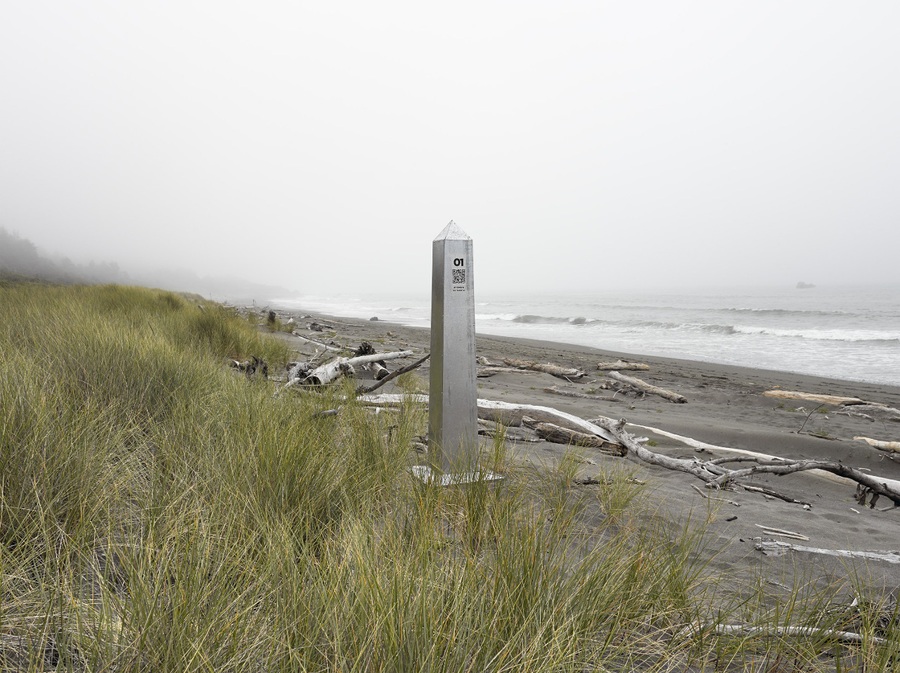 “When you start looking into history you don’t find the idea of precise borders until the 19th century. Before that there were transition zones between areas of rule and nations,” says Taylor.

“They took to the road in 2014, in a van emblazoned with the words “Binational Commission of Historical and Geographical Borders” on its body and “DeLIMITations” on its door. You could have surmised, as some did, that they were an official agency of some kind. And, that they had an artistically conceived mission to strategically install steel obelisks, 47 of them, at sites that would demarcate that binational boundary.”