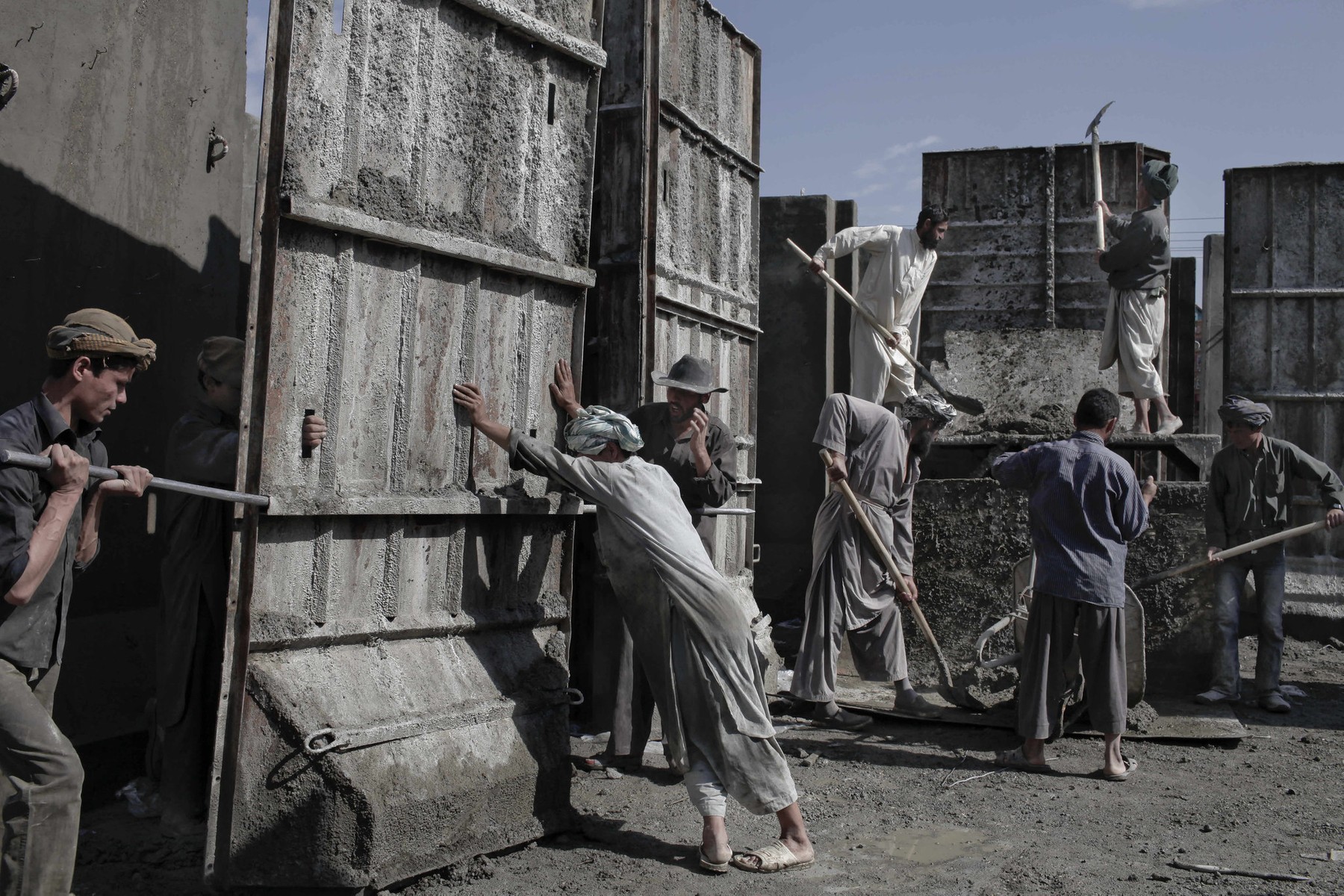 Mauricio Lima, Agence France-Presse, Getty Images, “A factory making concrete blast walls on the outskirts of Kabul in 2010, at the peak of the business for manufacturing them. The best days for the makers of the walls are over after the drawdown of American forces.”
[https://static01.nyt.com/images/2016/05/17/world/17blastwalls-web2/17blastwalls-web2-superJumbo.jpg]

“The blast walls have become such an integral part of Kabul’s identity that they blend into the cityscape. Most residents have accepted the narrowing of the roads and roundabouts, the blocking of the views of iconic buildings, as facts of life.”