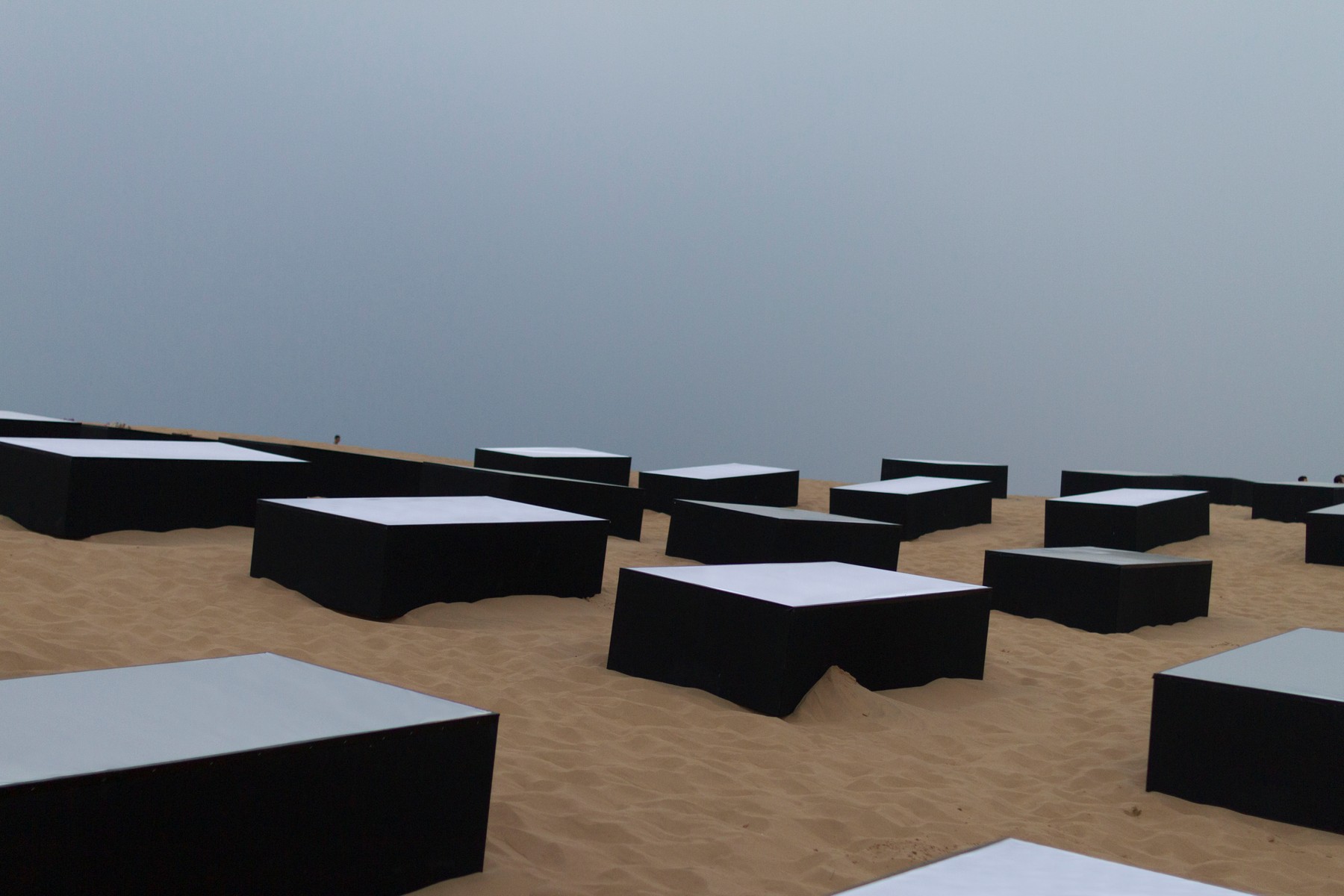 SAT is a large-scale visual, light and sound installation specifically designed to take place in Sky desert, Hebei province, China. SAT is composed of a total of 72 networked modules, which have two different functions depending on whether it’s daytime or night time:

During the day, they look like mirrors reflecting the sky, poetically merging the terrestrial and the cosmos above.

At night, the modules light up to create visual patterns: the installation works as a huge but minimalist display which provides an intense and immersive audio-visual experience, which could be visible from far away.

The visitors are invited to connect to a local wifi network with their phone, which automatically displays a reinterpretation of 3 messages sent to outer space in the 70's: the Pioneer plate (Pioneer space probes, 1972 and 1973), the interstellar radio message sent from the Arecibo radio telescope (1974) and the LAGEOS plate (LAGEOS space probe, 1976).
Each visitor's phone IP is displayed on the installation for a few seconds when he connects to it (then visible from far, far above), before turning into a light sequence which visualises the data exchanged between the local server and his phone in order to display the 3 animated messages.

SAT is an evocation of the telescope fields such as ALMA (Atacama desert, Chile), which explore our universe from a human perspective.