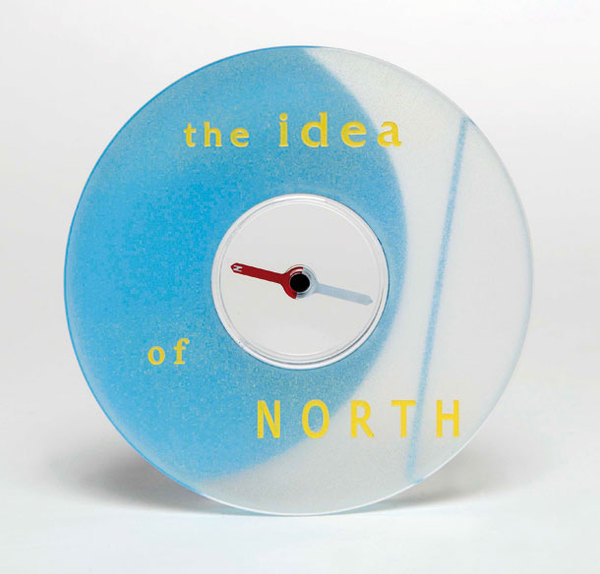 “The Idea of North” (after Glenn Gould) is part of a series of small multiple works by Scottish artists Dalziel and Scullion. Their compass creates a dialogue between imaginary places and precise locations. Whilst the various owners of the work will be geographically dispersed, the needle of every compass will be uniformly trained to the location of magnetic north, creating an invisible bridge between all its recipients. As an object, it reminds us of the relativity of “The Idea of North”; the impossibility of the North as a fixed site and as an ultimate destination.

The centre of the compass remains clear so that it can be held up against a particular view or place or image. Each disc has the title of the work etched in pale yellow letters, with a blue ellipse at the rear, suggestive of the map-like colours that this object is closely related to. There the relationship ends as any other information, such as numbers and degrees, have been eliminated so that its prime function is kept to the indication of North."