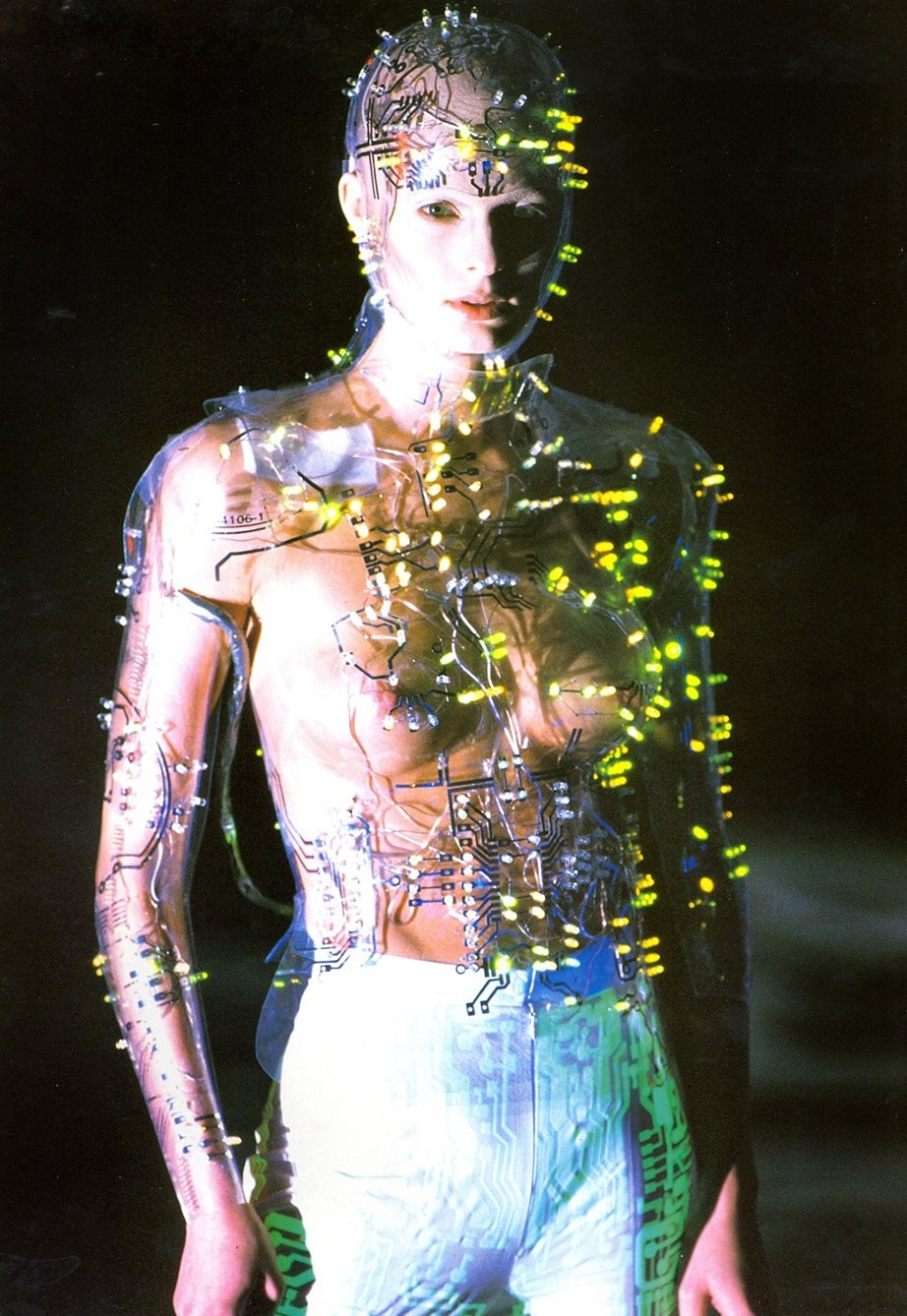 Givenchy by Alexander McQueen, Fall 1999
The late 1990s were marked as a time of fear in regards to computers and the Internet. Y2K had been generating lots of headlines, where computer users and programmers feared that computers would stop working on December 31, 1999. At the time it was a much-discussed issue, and one to which a certain amount of anxiety was attached, as no one knew how technology would affect the world at the precise turn of the 21st century. Givenchy's response to this issue was a Tron-inspired collection which featured LED lights, glow-in-the-dark prints, and circuit board patterns. McQueen cut to the chase, sending sharp, tailored looks down the runway beside those with tech-inspired decorative motifs. Heightening the impact was the contrast between McQueen’s futuristic vision and the more traditional values of a house long associated with Audrey Hepburn, Gallic elegance, and LBDs.