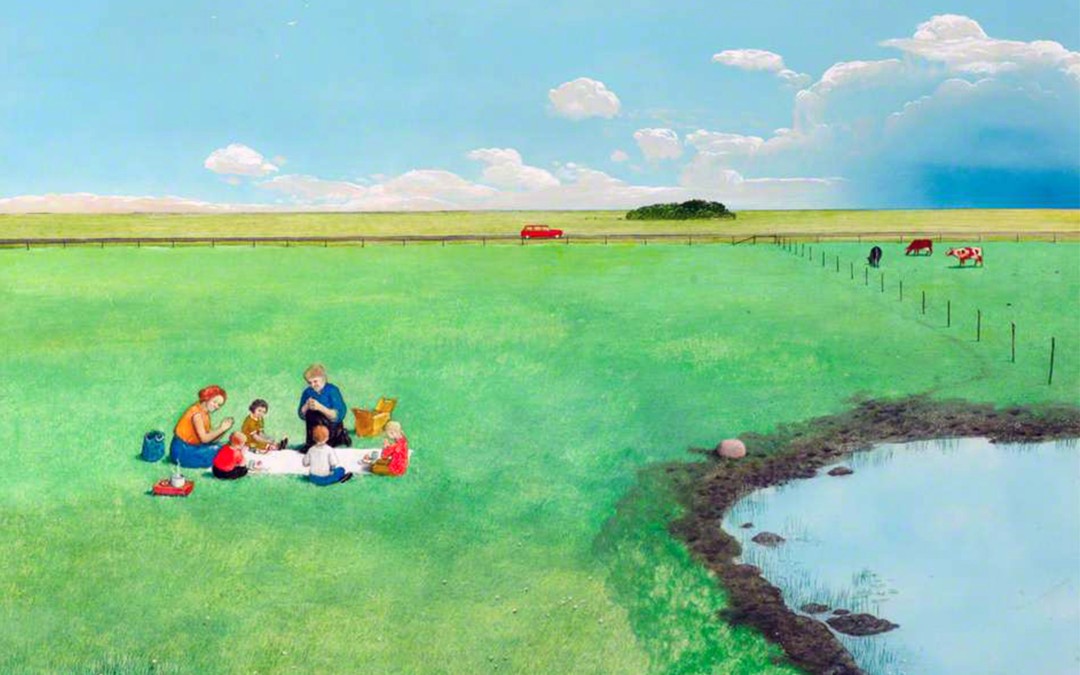 While Manitoba Party shows strong faith and recovery, Out of the Maze insinuates that the painter’s surety and sanity are under constant threat of relapse. Reminders of death are glimpsed: a skull on the prairie grass (lower left) rocks in the lake, and a gathering storm (upper right). The distant storm, particularly, suggests Kurelek’s fear of an impending world apocalypse, a nagging fear, probably exacerbated by the ravages of liver cancer, from which he died in 1977 (at 50). In his final moments, he had a vision of Toronto in flames.