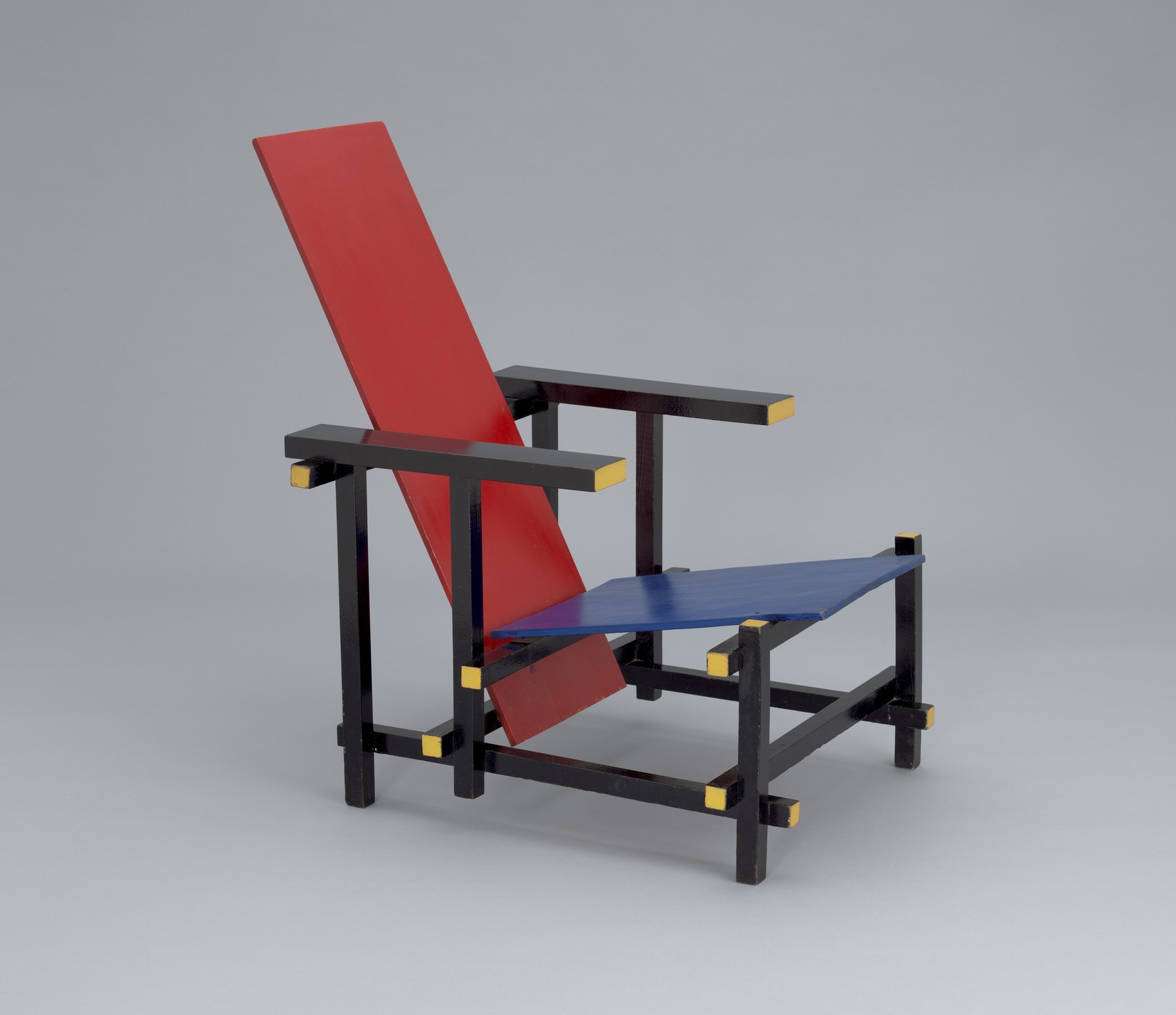 In the Red Blue Chair, Rietveld manipulated rectilinear volumes and examined the interaction of vertical and horizontal planes in much the same way as he did in his architecture. Although the chair was originally designed in 1918, its color scheme of primary colors (red, yellow, blue) plus black—so closely associated with the Dutch de Stijl art and architecture movement—was applied around 1923. Hoping that much of his furniture would eventually be mass-produced rather than handcrafted, Rietveld aimed for simplicity in construction. The pieces of wood that compose the Red Blue Chair are in the standard lumber sizes readily available at the time.

Rietveld believed that there was a greater goal for the furniture designer than just physical comfort: the well-being and comfort of the spirit. Rietveld and his de Stijl colleagues—including the movement’s most famous theorist and practitioner, Piet Mondrian—sought to create a utopia based on a harmonic human-made order, which they believed could renew Europe after the devastating turmoil of World War I. New forms, in their view, were essential to this rebuilding.