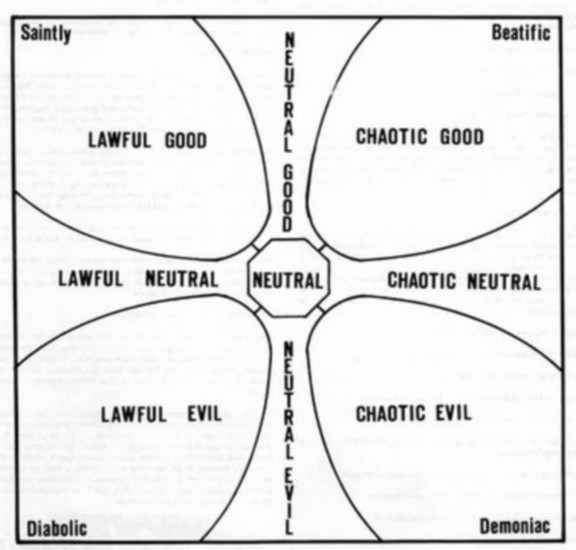 Alignment was designed to help define role-playing, a character's alignment being seen as their outlook on life. A player decides how a character should behave in assigning an alignment, and should then play the character in accordance with that alignment.

D&D co-creator Gary Gygax credited the inspiration for the alignment system to the fantasy stories of Michael Moorcock and Poul Anderson.