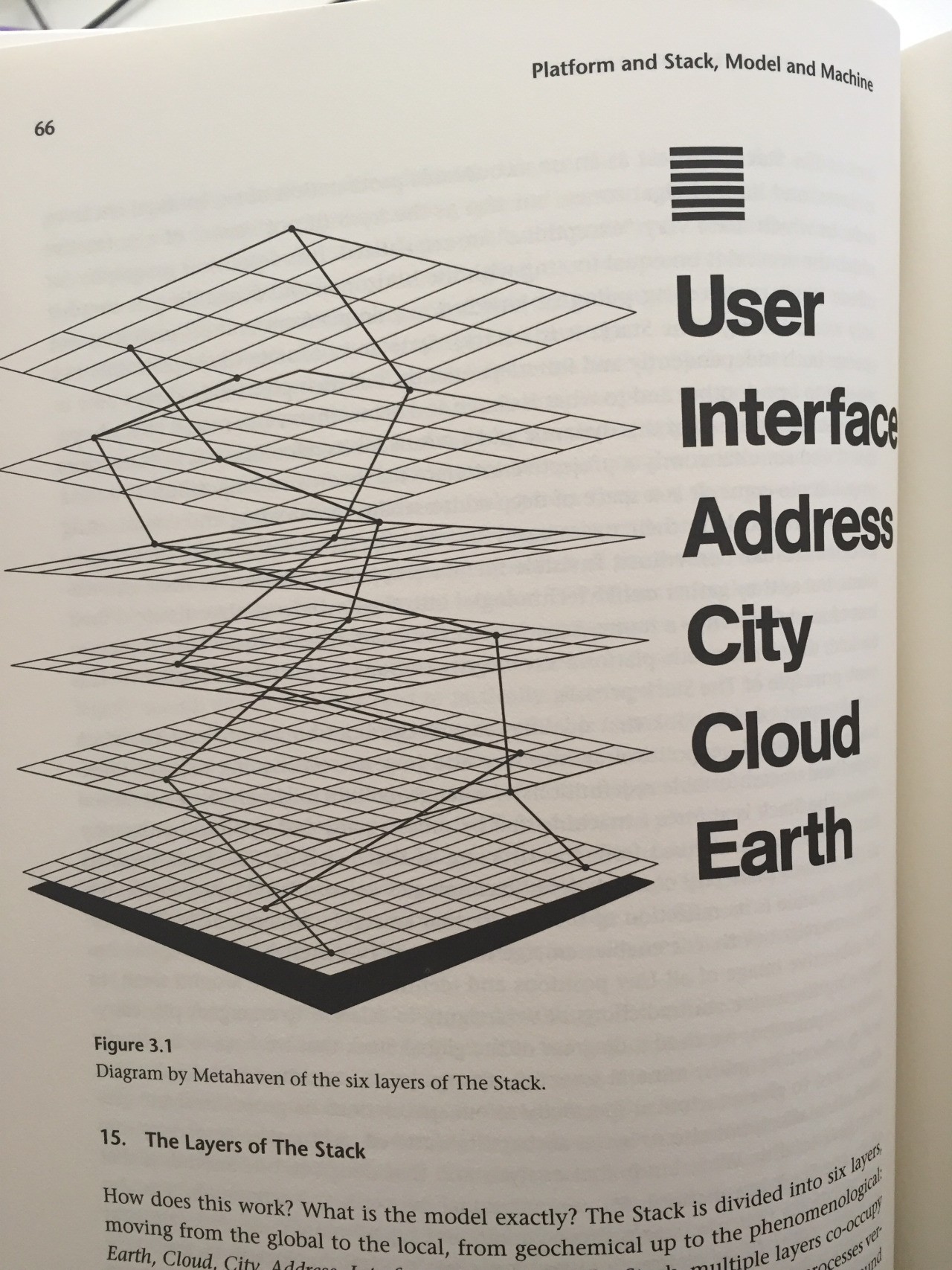 Stacks are a kind of platform that also happens to be structured through vertical interoperable layers, both hard and soft, global and local. Its properties are generic, extensible, and pliable; it provides modular recombinancy but only within the bounded set of its synthetic planes. It is an autogenerative parametric topography, but one that grows precisely through an initial subdivision of technologies into planar layers and then through an autocratic consolidation and rationalization of these through internal interfaces and protocols …

The stack discussed in the following chapters is a vast software/hardware formation, a proto-megastructure built of crisscrossed oceans, layered concrete and fiber optics, urban metal and fleshy fingers, abstract identities and the fortified skins of oversubscribed national sovereignty. It is a machine literally circumscribing the planet, which not only pierces and distorts Westphalian models of state territory but also produces new spaces in its own image: clouds, networks, zones, social graphs, ecologies, megacities, formal and informal violence, weird theologies, all superimposed one on the other. This aggregate machine becomes a systemic technology according to the properties and limitations of that very spatial order. The layers of The Stack, some continental in scale and others microscopic, work in specific relation to the layer above and below it. As I have suggested, the fragile complementarity between the layers composing The Stack is discussed both as an idealized model for how platforms may be designed and as a description of some of the ways that they already work now. The metaphor and the machine are diagrams made real in the megastructure.