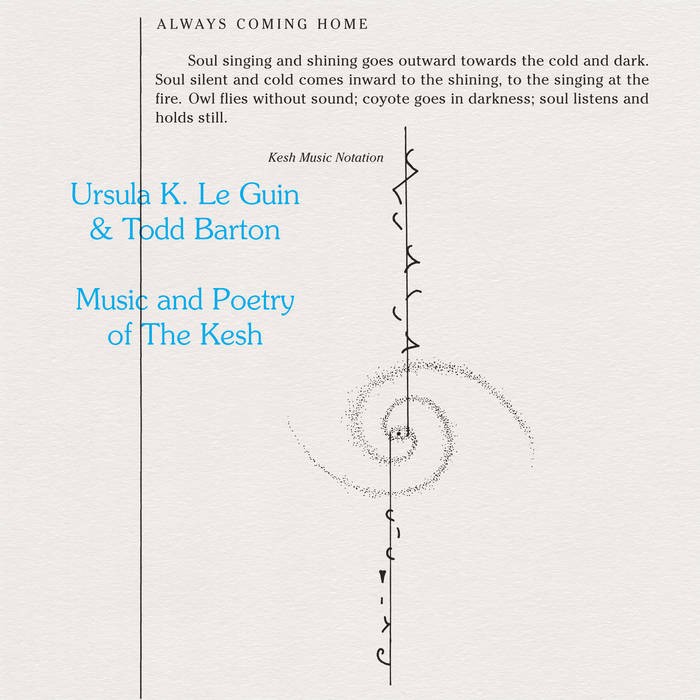 Music and Poetry of the Kesh

'Music and Poetry of the Kesh is the documentation of an invented Pacific Coast peoples from a far distant time, and the soundtrack of famed science fiction author, Ursula K. Le Guin’s Always Coming Home. In the novel, the story of Stone Telling, a young woman of the Kesh, is woven within a larger anthropological folklore and fantasy.

The ways of the Kesh were originally presented in 1985 as a five hundred plus page book accompanied with illustrations of instruments and tools, maps, a glossary of terms, recipes, poems, an alphabet (Le Guin’s conlang, so she could write non-English lyrics), and with early editions, a cassette of “field recordings” and indigenous song. Le Guin wanted to hear the people she’d imagined; she embarked on an elaborate process with her friend Todd Barton to invoke their spirit and tradition.' © Bandcamp