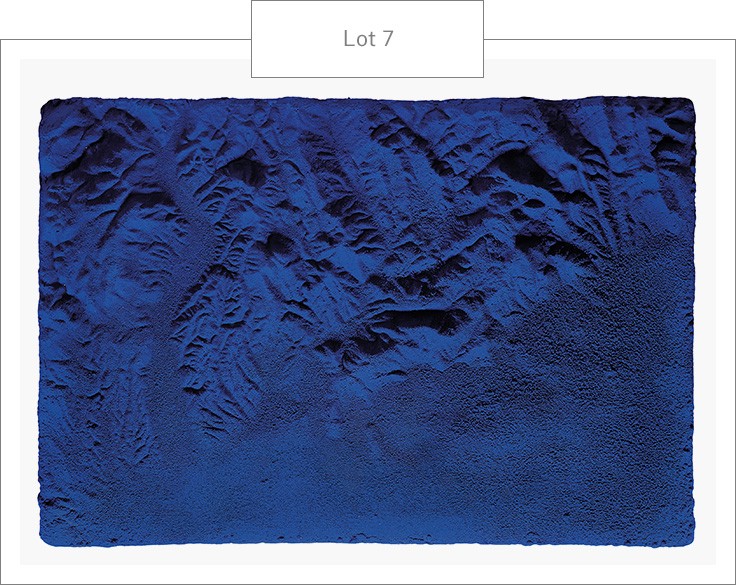 Executed in his signature International Klein Blue pigment, Yves Klein’s Relief planétaire (RP 17) is an outstanding sculptural painting, mirroring the topographical contours of the Nice coastline where the artist was born.

Inspired by the first human voyage into space on 12 April 1961, the same year as the creation of the present work, Klein believed that the Soviet astronaut Yuri Gagarin had provided scientific proof of his belief that Earth was blue. The series from which the present work comes explores the way in which humanity perceived itself and its place in the universe with the advent of space travel, responding to Gagarin’s statement: ‘I saw the sky very dark and the earth blue, of a deep and intense blue.’

Before travelling to Nice for the summer he acquired physical relief maps of France at the Institut Géographique National and in August he created his first Relief planétaire, a map of the Grenoble region infused with IKB. Between September and November 1961 he went on to create approximately twenty further works in this series. A plaster cast of the original map was made before being painted uniformly in IKB.