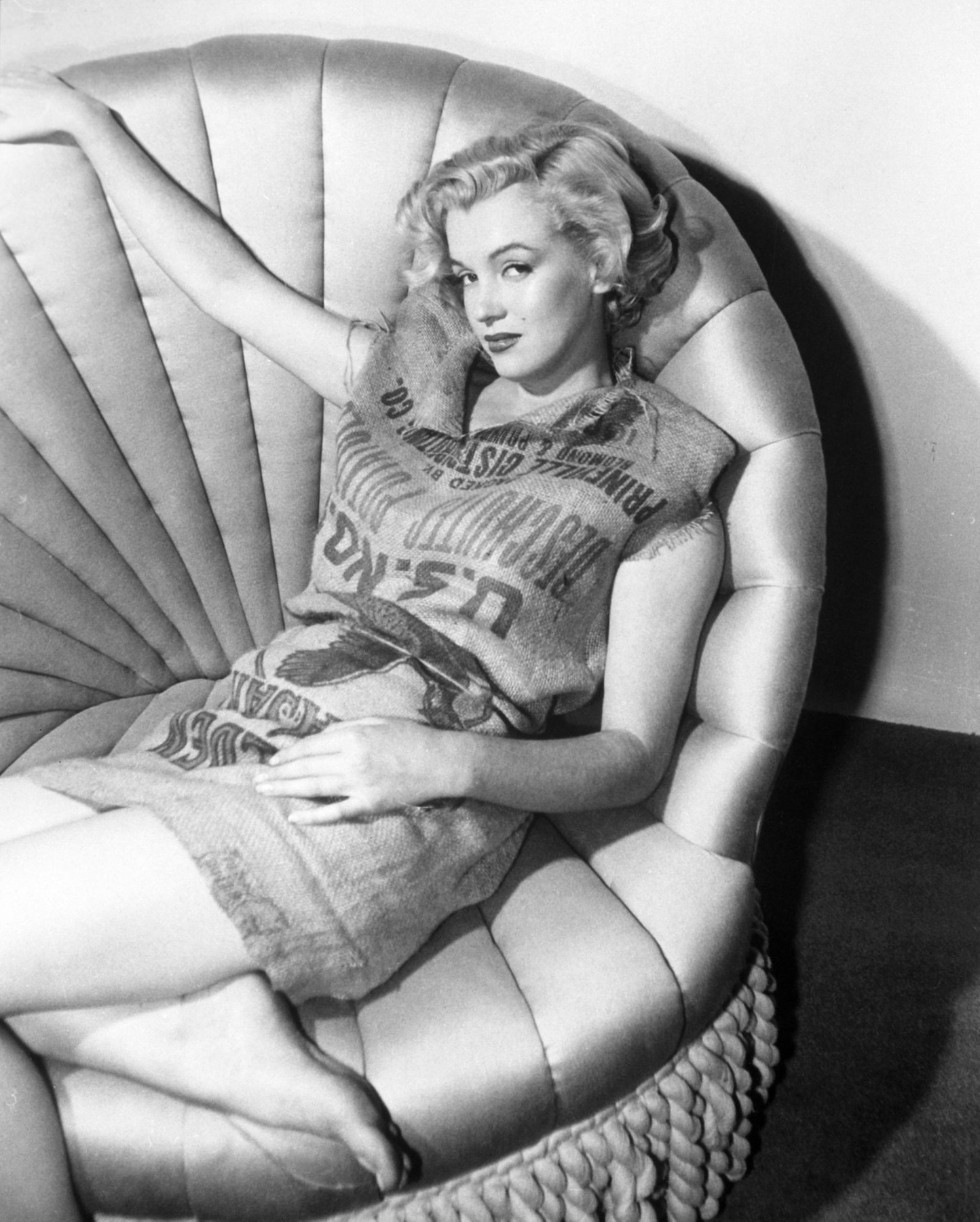 After Marilyn Monroe attended the Henrietta Awards in 1952, the press deemed her outfit choice, designed by Oleg Cassini (seen in the last four photos) ‘vulgar’, ‘cheap’, and stated that ‘even in a potato sack, she would have look more elegant’. Here was Marilyn’s response!
⠀
The photos were so successful that an Idaho potato farmer actually sent Marilyn a whole sack of potatoes as a thank you for the generous publicity, but she apparently never got to enjoy them, saying: “There was a potato shortage on then, and the boys in publicity stole them all. I never saw one.”