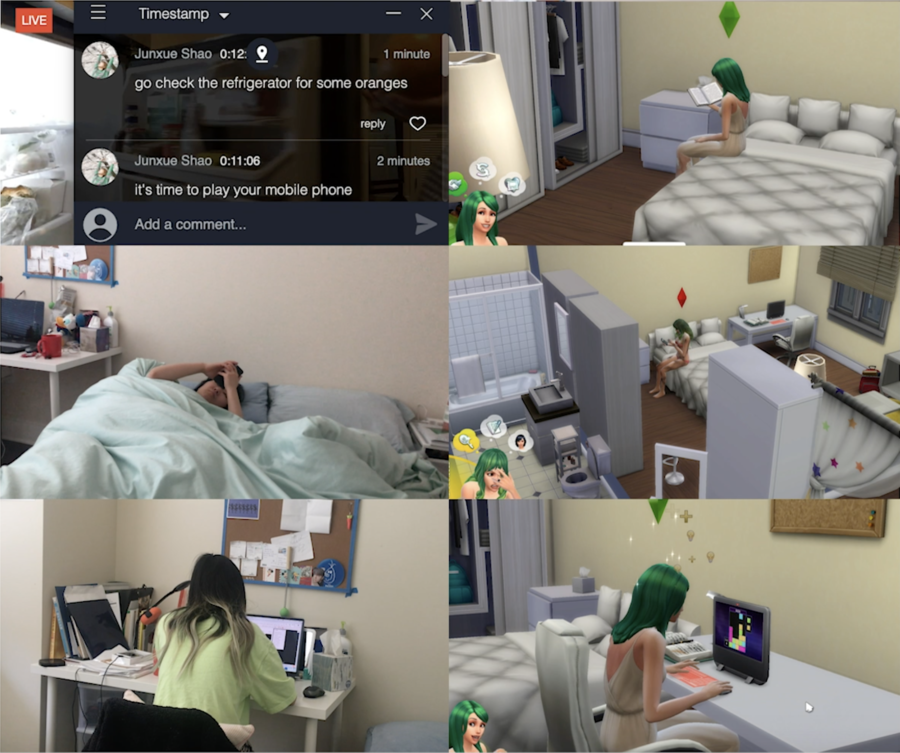 My experiments are not about finding the exact for those questions. I am seeing them as an entrance to think about the identity and system behind the simulated games. Does virtual life work as a mirror with reality or it functions as its own? In an interview with one of the Sims game designer Ocean Quigley, the interviewer asked him about how politics in the game is similar to Will Wright’s political message. The game designer answered questions very neutrally and informed that he and his team don’t want to educate any ideology from them. However, we should all admit that no matter what your intent is, your ideology would impact the game and have the game influence other people’s thoughts, especially the young ones. In that sense, would play a game affect people’s choice in real life? In the near future, where the technology could help us to build a perfect immersive simulation, would people still be able to distinguish the reality and the virtual? Could we possibly train ourselves (in this case, follow the guidelines of a simulation game) to achieve a similar result in the game? Thus, could we possibly use simulation as a tool to have it perfect our life? The answers remain unknown. I am curious about other people's thought.