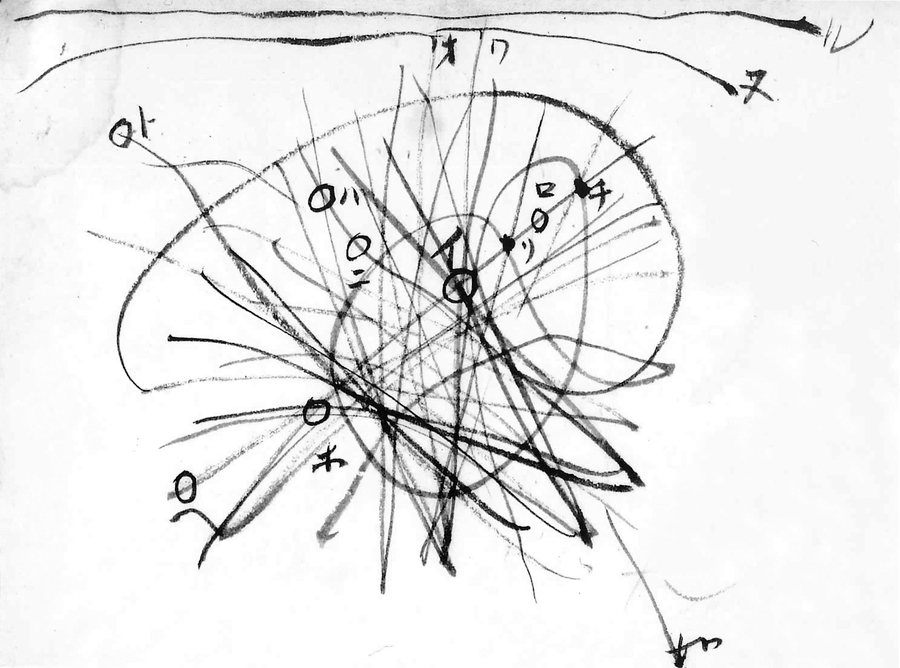 One Orb contains an explanatory blockchain diagram; another contains a “Minakata Mandala,” or a shape drawn by the famous Japanese naturalist Minakata Kumagusu, who collected slime mold samples in the 1920s for Emperor Hirohito (also a biologist who had an affinity for the organism). In a letter to a Buddhist monk, Kumagusu represented his view of the world through this mandala drawing: “With humans placed at the center of the diagram, our ability to comprehend causal connections between things diminishes as they are located further outward from the center and our awareness of them becomes more tenuous.” The mandala also is a manifestation of the limits of anthropocentrism and the existence of systems beyond cause-and-effect chains of connection. The juxtaposition of shapes inside the Orbs connects systems of belief, exposing the iconographic power behind ostensibly functional, empirically produced systems.