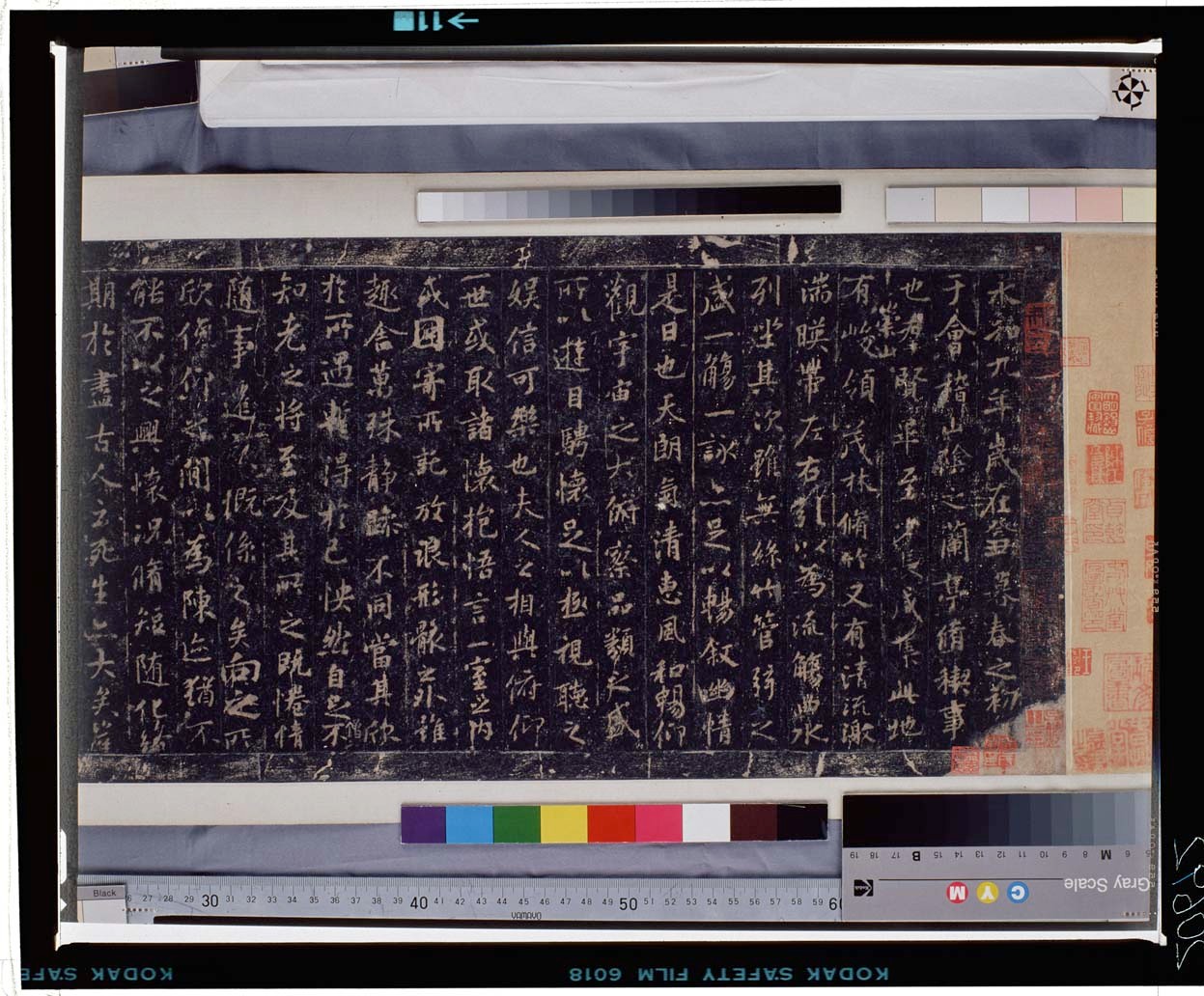 This was reportedly a copy made by the Tang calligrapher Ouyang Xun 歐陽詢 (557–641), which was chosen to be carved in stone because of its fidelity to the original. The stone was later lost, then rediscovered in the Qingli 慶曆 Era (1041–1048) in Dingzhou 定州 (in modern Hebei), which at the time was under the Dingwu military regional commander (定武軍節度使), hence its name.

Ink rubbing on paper, mounted in a handscroll. Housed at the Tokyo National Museum.