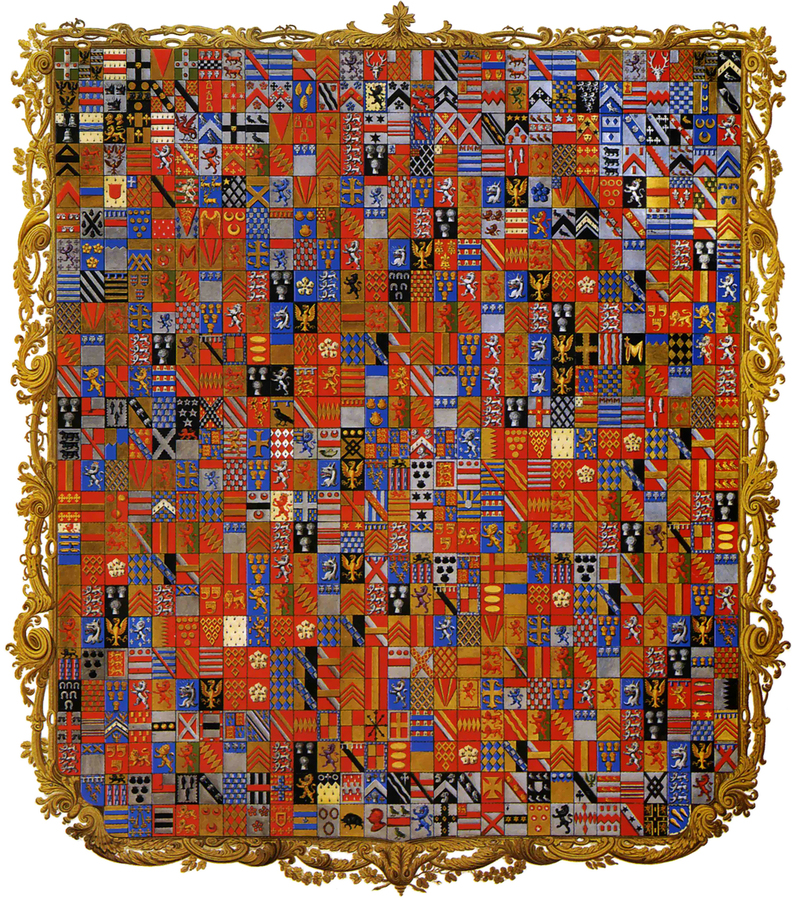 The Stowe Armorial coat of arms is the centrepiece of the Gothic Library at Stowe [1]. The Library was commissioned by George Nugent-Temple-Grenville, 1st Marquess of Buckingham (See Viscount Cobham [2]), and built to a design by Sir John Soane [3] between 1805 and 1807. The armorial is a 1.4m diameter heraldic painting of the 719 quarterings of the Temple, Nugent, Brydges, Chandos and Grenville families, including ten variations of the English Royal arms, the arms of Spencer, De Clare, Valence, Mowbray, Mortimer and De Grey. The painting is signed and dated P. Sonard 1806.