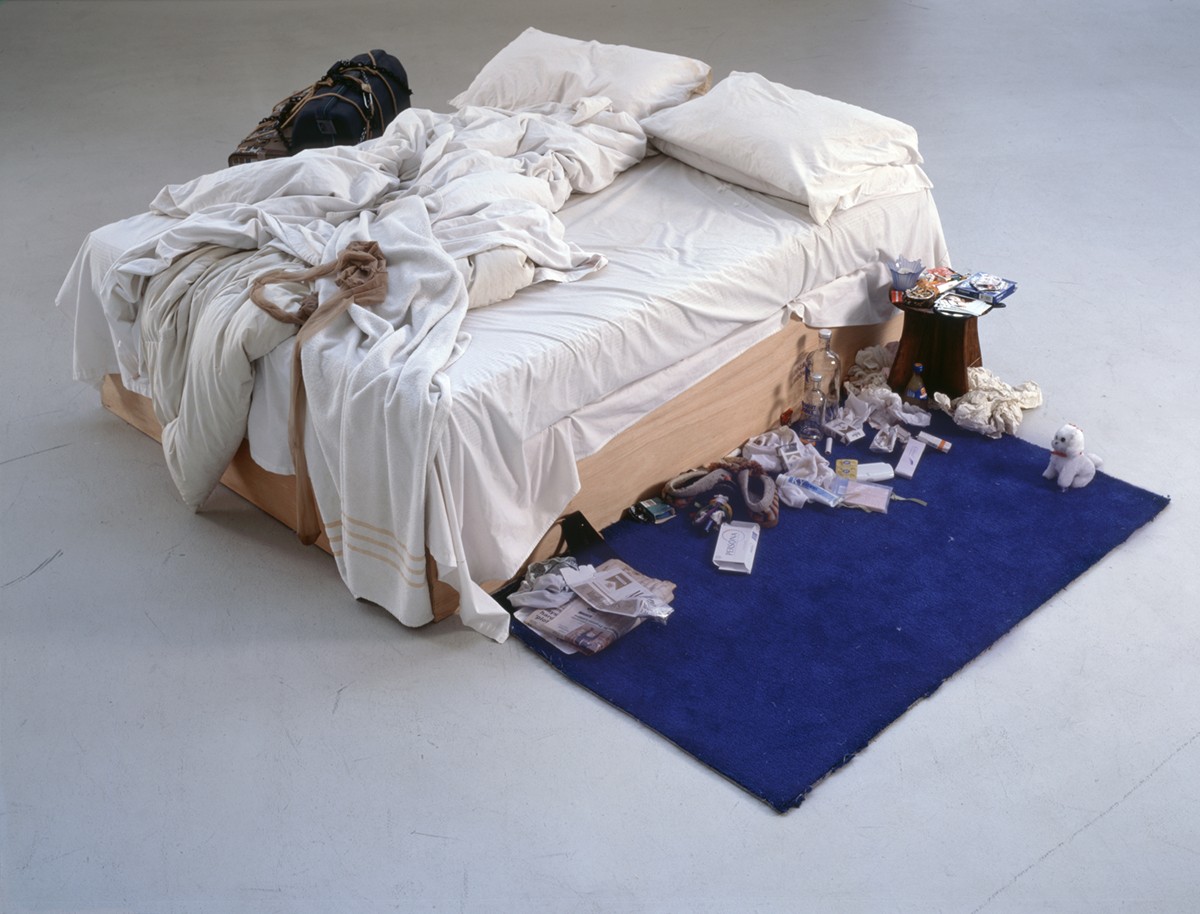 Tracey Emin's My Bed was inspired by a depressive phase in her life when she had remained in bed for several days without eating or drinking anything but alcohol. When she looked at the mess that had accumulated in her room, it made her suddenly realise what she had created.

Tracey recreated her bed by using bedsheets that were stained with bodily secretions, the floor filled with items from the artist's room, such empty booze bottles, condoms, worn underwear with menstrual blood stains, other detritus, and functional, everyday objects, including a pair of slippers.

The bed was presented in her most personal, insecure and imperfect state, which Emin claimed it had been after languishing in it for several days; at the time she was suffering suicidal depression brought on by relationship difficulties.

Emin's ability to integrate her work and personal life enables her to establish an intimacy with the viewer. My Bed was displayed alongside Francis Bacon and Emin’s more recent drawings at Tate Britain, which created a more immersive environment in which to experience the piece up close – as Emin herself says ‘art is for feeling not for looking’.