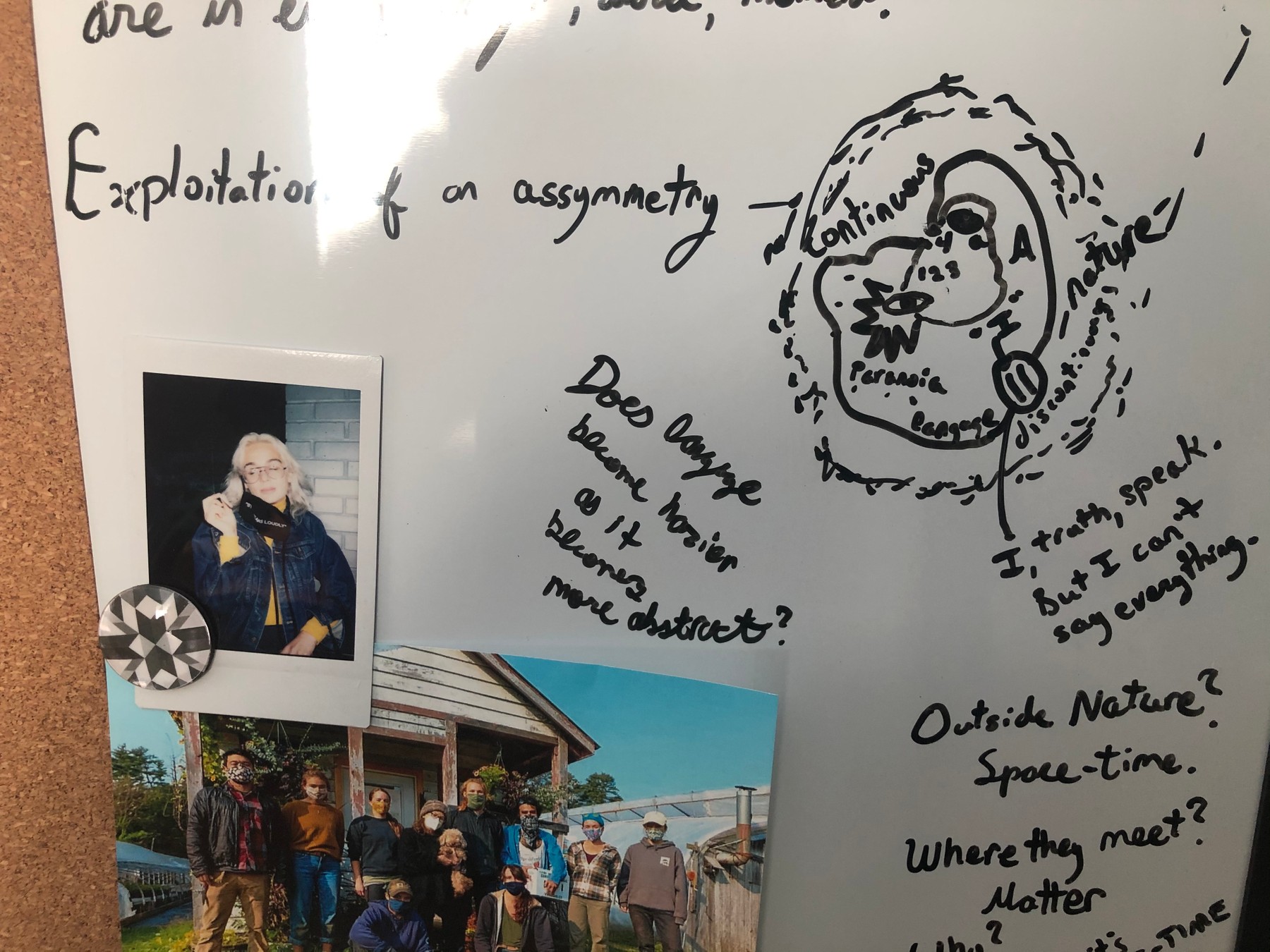 The Cambrian explosion, surprisingly, was spurred in large part by the evolution of the eye in many species. Beforehand, what stood in place of the eye was some photosensitive organ—something in between that in plants which drives them to lean in towards the light and the eye as we know it.

What happens with the emergence of the eye? My hypothesis is that what appears to the creature is a world populated by threats, enemies, danger. So we see the earliest strands of what in humans will be called paranoia. Maybe for animals it’s just a slight awareness of mortality, which could be a catalyst for evolution. Why? Maybe that awareness or fear encouraged growth, new tactics, new weapons, new ways of hiding, camouflage, defense, and so on, all of which we turn grey in the false mosaic of "diversity" without struggle. Struggle is not so bad. It's what lies between our activity and what our activity encounters in the world, which includes our own psyches, calling that which it thought it encountered nature.
But the eye in humans leads us to something else, and that something is abstraction. Abstraction, or its capacity, however, might not be what separates us from other animals. Instead, I think it might be the redoubling of abstraction. We come into contact with Nature abstractly, not in consciousness but through language, a better name for the unconscious. Wherever the point at which our jumbled thoughts come from lays is the point at which we touch and depart from Nature.

Is there anything beyond Nature? Maybe space-time itself, which is also immanent in everything. Actually, it’s ambiguous if there is anything but immanence. I guess there’s no way yet to prove definitively that there is no transcendental, or: a language of language that isn’t language.

Update: there are most likely many metalanguages, and why wouldn't there? why couldn't a metalanguage be another thing on it's that functions like language?