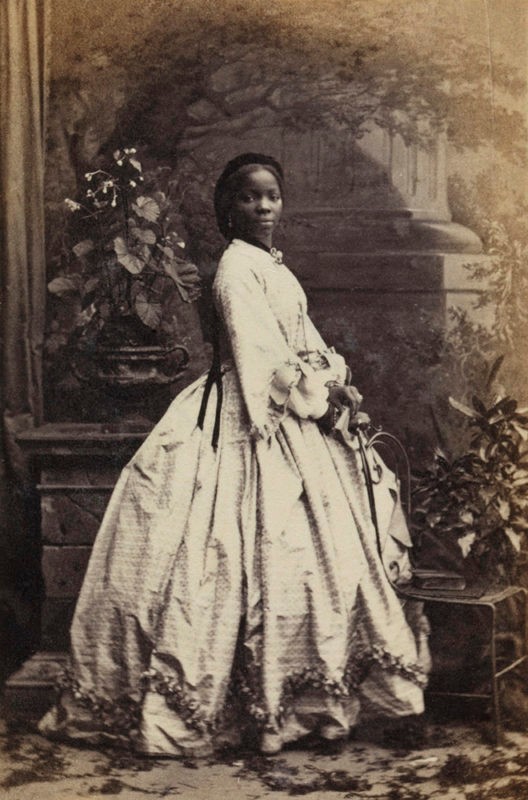 Sarah Davies (1843-1880, née Forbes Bonetta) was born in West Africa of Yoruba descent, where she was captured at the age of five during the Okeadon War. She was thought to be of royal lineage and was presented to Queen Victoria, as if a gift, from King Gezo of Dahomey. Sarah was named after Captain Frederick E. Forbes of the Royal Navy, who brought her to England, onboard his ship HMS Bonetta. As Queen Victoria’s protégée, Sarah was raised among the British upper class, and educated in both England and Sierra Leone. She became an accomplished pianist and linguist. In 1862 at St Nicholas’s Church in Brighton she married the merchant and philanthropist James Pinson Labulo Davies (1829–1906). The photograph is pasted into one of the daybooks (15 September 1862) that record the work of Camille Silvy, one of the most successful portrait photographers in London at the time.