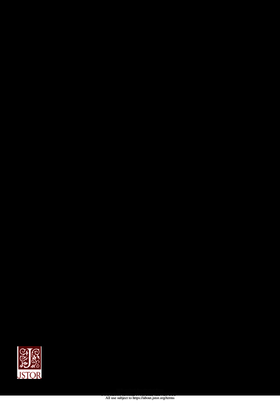 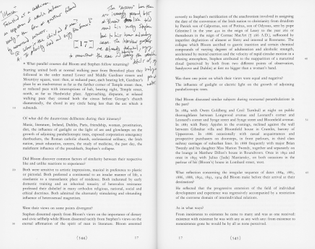 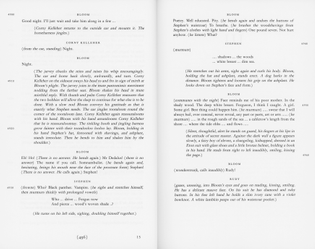 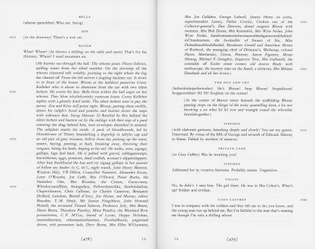 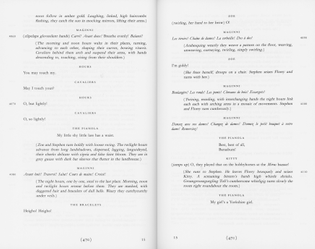 What's a poem?
But feelings and thoughts, bleeding onto the pages as words and lines
Words and lines that sometimes don't feel mine
And when I look into myself to see what's mine,
All I come up with is emptiness.
Uncomfortable, smothering emptiness
An emptiness you can't escape, that'll clutch onto you and pull you down.
And sometimes you don't resist the emptiness, you try to float in it.
And within that emptiness, you find new light
You close your eyes and embrace it.
A spark of creativity, fire for your ambitions, fuel for your soul.

The light will bring new shadows as well, shadows of your past, shadows of your own self.
A reminder that all shadows are cages for you to break. And each time you win over your shadows you'll feel that much lighter.

Somedays the shadows will render you paralyzed, slow and and crippled.
Those days are for rest and hope.
Hope for better days, lighter days, days filled with laughter and friends, of booze and food, of art that you enjoy, of life itself.

Days Of keeping a hand on your heart, and assuring yourself that all is well. 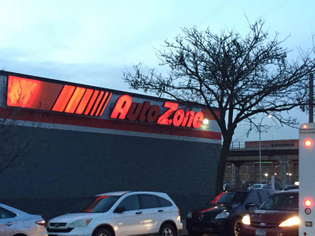 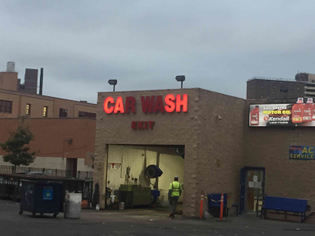 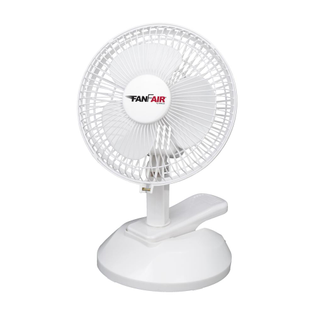 If human rights organizations take no stand on war itself, the invasion of Afghanistan shows how they can nevertheless end up rationalizing one. They may refuse to consider the issue of aggression while tacitly supporting counterinsurgency strategies — in the name of international law, the laws of war, and NATO's "responsibilites." In Afghanistan, they echoed Washington and NATO's rhetoric of "nation building" as though this aim truly underlay the policies. They constantly talk about the limits and dangers of state power, yet their response to the war in Afghanistan revealed their belief in the capacity — and the right — of foreign states to manage, guide, shape, and channel the most intricate affairs of other countries. The alternative, they argued, was the return of the Taliban and ever more "breeding grounds" for terrorists. Indeed, by 2002 Afghanistan had become "the primary focus of anti-terrorism efforts" for Human Rights Watch.

One of the outcomes of Nuremberg was that war is an "evil thing" and aggressive war "the supreme international crime differing only from other war crimes in that it contains within itself the accumulated evil of the whole.

Human rights organizations dealt with the awkward challenge of the [MacBride] commission's report [on Western information technologies] by ignoring it. The mainstream media and the Reagan administration, in contrast, attacked. A "freak, rotten as a whole," one Reuters executive called the report. The "right to be heard" would "impose on newspapers and broadcasters the obligation to give [away] space or airtime," thus interfering with freedom of the press, the New York Times argued. To Elliott Abrams, the report was an "ideological assault on the very free press values which UNESCO is mandated to defend." These attacks were part of a far broader onslaught against a South struggling to rewrite the economic and political rules of the global order. The "free flow" was largely a code word for commercialization. As H.L. Mencken observed, "Freedom of the press is reserved for those who own one."

From the perspective of the MacBride Commission, Reagan-style democratization was about pulling people from diverse societies into transnational webs, already existing networks in which Americans and other Westerners could feel comfortable—and moral. As the nations of the South continued to resist economic and cultural incorporation into a global market system on Western terms, the West, the commission concluded, was increasingly portraying the South as a world of despots, torturers, and terrorists, a veritable wasteland of backward cultures and brutal regimes. Of all news reports, on the South disseminated in the North, 50 percent focused on violence, disaster, backwardness, follies, excesses, and other negatives: the equivalent for the developed countries was under 10 percent.

Such portrayals of the South served powerful interests in Washington and Europe, for an atrocity-ridden South seemed to legitimize a Western helping hand without calling for any transformation of the Western structures of wealth and control. And it could seem that with so many human rights violations all over the world, those few that served Washington's strategic interests were only a small part of the bleak big picture. But the "right to be heard"—promulgated as a human right—challenged the fundamental organization of Western power in the South.

Yet human rights groups tended to talk more about the facts the administration was distorting than the policy motives behind these distortions. Their laserlike focus on specific violations became both a strength and a weakness of the movement. It was a strength because challenging the administration on its facts allowed human rights leaders to take the initiative—reproaching, exposing, shaming—while protecting themselves from accusations of anti-Americanism, left-wing bias, or softness on Communism. It was a weakness since it provided no context as to why opposition forces felt compelled to take up arms or why they might commit human rights abuses themselves. Because human rights leaders adopted the language of facts and law, they were unable to confront the simplistic labels and rationales of the national security strategists with anything more convincing than a fragmentary vision of rights. They could provide no empathetic vision of what kind of society that oppositional groups might be seeking to create. Nor could they explain why popular forces might want to be free of U.S. influence. Consequently, they had little sense of how to respond effectively to Washington's support for entrenched rules, or to American hostility toward struggles for radical change.

Human rights leaders often despaired over the evident effectiveness of using such elections to legitimize the continuing brutality of local regimes. Congressional leaders not only let themselves be persuaded that these elections were democratic but also lauded them as a step in the direction of human rights. Once there was general agreement in Congress that the survival of the Salvadoran government was important to U.S. national interests, the certification debates, as one scholar activist has written, "amounted to little more than putting the best face on a bad situation." By leaving the power to certify up to the president, Congress essentially assured that certification would go through. The process allowed Congress to avoid blatant support for criminal regimes without undermining in any serious way U.S. material support for them. Thus, although national security managers faced fierce and sometimes embarrassing criticism in these battles over certification, they usually won their larger policy objectives. "If the Duarte Government fell, human rights would suffer; if the guerrilla forces obtained power, far worse would come," Abrams testified before Congress. "To acquiesce in this, to withdraw our support form the Government of El Salvador, would make a mockery of our concerns for human rights." Congress bought the argument.