I answered a Craigslist ad online for some older people who wanted to learn how to use the internet. This is the story.

This channel appears in
BryyycE.World Blog 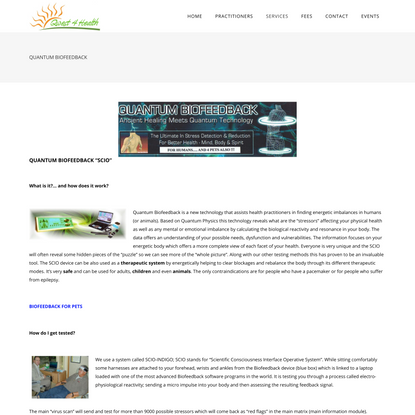 Session 2: Clint opens the door with a warm, meek welcome. The living room is now cleared of junk, which I was not expecting. “We’re back in here today” he says, directing me towards the garage door.

Shirley is sat at the computer. “I have a terrible stomach ache today, I can’t even talk to you. You’re going to be working with Clint today.”
“Okay, that’s fine. We could also reschedule today if that works better” I respond.
“No that’s okay. I just need to find someone who can help me right now, but I can join you maybe once the painkillers kick in” she reassures.

She beings barking at Clint “can you just find the calendars?! 2019, 2019, 2020. I need the phone too.” Clint looked blankly. “The phone you took to Costco” he half-ran out of the room to fetch the phone. Shirly continued to bark while she research naturopathic treatments for her stomach ailment. “I ate something I shouldn’t have.”

She scoured the web for sciotreatment systems .

I need to schedule a session, are you doing the Quantum biofeedback sessions”

I got food poisoning in hawai, and she was in sonoma California. And I was treated within the hour

Everything is frequencies. Every organ in your body gives off a frequency and can be treated with a frequency

I had my first session today. I drove out to the house in Cedar. It was in a remote farm area and had a long driveway attached to the front of the house. The house was large, and the husband of the couple came out to greet me. His name was Clint. His demeanour is reserved, even bashful. He has sunken eyes and a pronounced brow. The house is large. When I step inside, it smells like a new car.
Shirley steps out of the kitchen.
She’s short and large.
The living room is filled with furniture that is half put together and a bunch of boxes.
In one room, I can see a iMac siting on a narrow stand with a seat in front of it. It doesn’t look like a desk, and the room is mostly empty.
The kitchen is filled with what seems like hundreds of supplement containers.
Shirley asks me if I like coffee. “Yes please, Black” I say.
She notifies me that I don’t need to wear a mask around them, they’re as healthy as seniors come. She tells me that the house is equipped with a special ozone filter, and that’s why the house smells so fresh. The ozone “literally scrubs the air” so there is no viruses, bacteria, or whatever in the house. She puts amino acids in her coffee and hands me mine.
She tells me that she’s going some orphaning of the house right now. She wants to put all of the supplements into glass jars. I ask how they ended up in cedar.
They came out here after some friends told them it was the place to be. But in recent years, all of their friends have died or moved away. “That’s sad to hear.”
“Well that’s just life, you have to get used to it. Things change... but I don’t believe you really go away when you die. We’re just spirits in a mean suit. You can’t kill that. It’s gotta go somewhere. They can measure the electric field of people when they die. It’s off the charts. That means something.” Hmm.
“Wheres the calendar” she snapped at Clint.
Clint half-ran out of the room to fetch the calendar.

I opened my laptop on the kitchen table - only a small section of the corner is not covered by glass jars. “We’ll be setting up in the garage.” Says Shirley.

The garage is filled with boxes. There are a few shelves made of cinder blocks and 2x4’s, and a shelve full of emergency food.

There is a white foldable table with an old MacBook Pro and wide desktop monitor siting to the right of it. I put my laptop down on the desk. “Could I get the wifi password?” I ask.
“Nope Nope. We don’t do aaany of that. Like I said: ‘we’re healthy’.”

The laptop had 3 different browsers open. I asked why they had 3 different browsers. Clint said “I use Firefox for the frequencies”. I assumed that was related to the wifi/healthy statement. Shirley said that she liked to have multiple searches open at once. If she was looking at one thing in one browser, but didn’t want to exit it to do another search, she would open up a new browser. I showed her to properly use tabs. It took a while to break the habit. “Amazing” said Clint.

I asked if they’d be comfortable just using one browser. They said they would. “Which one is the best at keeping ‘the powers that be’ away?” asked Clint.

They were already using DuckDuckGo on chrome, so I said they should stick with that. “We don’t believe a thing they tell us. We’re redpilled. We really, really are.” Said Shirley.
“Who went down just the other day?” she asked. “Jeff Bozo” said Clint followed by a chuckle.

“When I find something on the internet and I want to remember it, I screenshot it and save it in a folder.” Said Shirley. Her desktop was filled with themed folders that held her screenshots. I taught her to use bookmarks. “That’s too many steps to remember” she said. “Screenshots work for me, I need to see it.”

I showed her how to use Are.an as a visual bookmarking system. She loved it.

Then she told me that her favourite YouTubers had all been banned off the platform, and she wanted to learn how to get on telegram, Parler, bitchute, and some other sites so she could follow along with them. She wrote down a list of accounts that she wanted to find and start following.

Then she went to go make sandwiches and I taught Clint how to set up an e-trade account so he could start paper trading the s&p 500 index.

I’ll be going back tomorrow though.