how can we put the value of life above anything else (profit, productivity, success, scale...)? how can we de-center technology and re-center life? early explorations - messy channel

14 Followers
This channel appears in
Objects in Space, techgnosis, nature-tech relations, and Re re re nature
View
Grid
Table 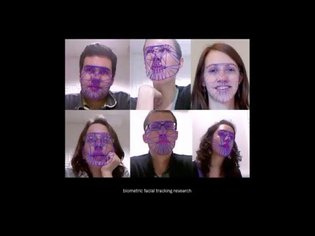 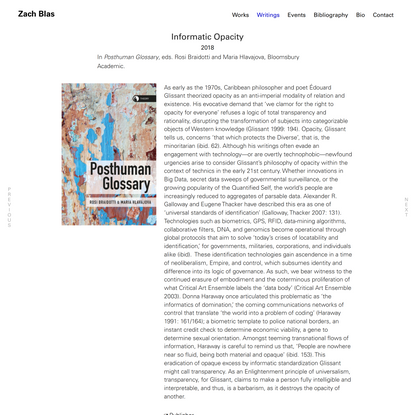 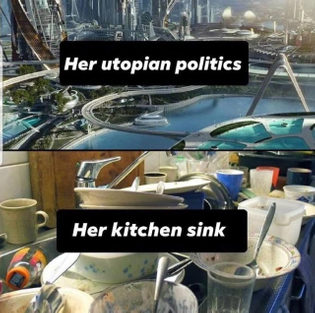 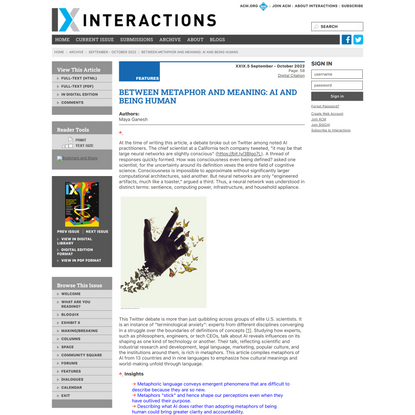 Between metaphor and meaning: AI and be…

“Privilege is both real and unreal. Certainly people live and die because of differences in access to real resources. At the same time, most of what the privileged think they are getting is illusory. Much of the pursuit of privilege is based on a misconception about what constitutes security. It is based on acquiring material and cultural resources that are denied to others while surrendering integrity, awareness, and most of our potential relationships.

In order to access upward class mobility, these groups of European immigrants were required to surrender vibrant relationships of solidarity with indigenous communities bf communities of color, particularly African Americans, betray friends and neighbors, and accept the mistreatment of those people as being in some way justified. Because of the very insecurity of the privileges offered, these groups were persuaded to narrow their circle of self-interest and accept the exclusion of People of Color.”

But even for the most privileged, the heterosexual English Protestant male elites who arrived already loaded with unearned wealth and power, privilege robbed them of a universe of possibilities and gave them only domination and luxury in exchange.

For a long time, I’ve been curious about what induces people who have it to see through privilege and recognize how much a better deal it is to join forces with everyone else to dismantle the entire system of privileges and hierarchies. The benefits of do include more reliable access to the basic necessities of life, but most of the so-called benefits are liabilities when it comes to the survival of the human species. I’ve never met anyone who was transformed by guilt. What transforms is the recognition of humanity in those we were taught to diminish and the realization that in denying them, our own humanity is at stake.

The illusion for middle class people is that the relatively thin and debt ridden slice if pie we get is worth all the sacrifices. We must pretend that we have arrived, that we have achieved the sum of our desires, that we are secure.

Naming exactly what we have and where it comes from is taboo. Guilt, shame, embarrassment, fear of the envy of others, fear that it isn’t really enough and we will be exposed, fear that it’s too much and we’ll be found out, the notion that it’s bad manners not to have privilege but to talk about it—the pull to hide concrete information about money and access is very strong. And it can be incredibly liberating for us to do so, not o lot about ourselves but for our parents as well.

Privilege is systemic, built on the large scale choices of many people over long periods of time and hardened into social structures, and we have a very limited ability to opt out of any of it. At the same time, we have choices about how we understand our privileges and what we do with them. We aren’t taught to be accountable to the larger whole, or take responsibility for the choices our ancestors made that we have inherited as more than our share of access.

Systems of privilege are built on fear of scarcity, an insatiable hunger for more wealth, more power, more imaginary guarantees, and they depend on the ability of the privileged to ignore the huge social consensus of inequality, to dehumanize or ignore the people destroyed by the pursuit of excess. They are built on the belief that no one else will look out for us, that narrow self-interest is just common sense, that social equality and reciprocity will impoverish rather than enrich our lives.

Taking responsibility for our place in the social relations of power doesn’t mean volunteering to go under. It means dedicating ourselves and our resources to unmaking the structures of inequality, jumping from the burning building of piracy into a net held by many hands.

If privilege is really the best thing out there, if there are no drawbacks to having it, if no one in their right mind would exchange it for community, then what on earth do we think we’re doing? To expose the fraudulent promises of privilege also frees us from the part of our anger that is envy.

The real losses happened so long ago when the privilege was accepted.” 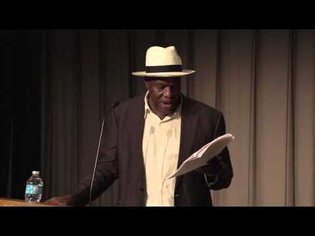 In contrast to arrowlike nomadism (discovery or conquest), in contrast to the situation of exile, errantry gives-on-and-with the negation of every pole and every metropolis, whether connected or not to a conqueror’s voyaging act. We have repeatedly mentioned that the first thing exported by the conqueror was his language. Moreover, the great Western languages were supposedly vehicular languages, which often took the place of an actual metropolis. Relation, in contrast, is spoken multilingually. Going beyond the impositions of economic forces and cultural pressures, Relation rightfully opposes the totalitarianism of an monolingual intent. 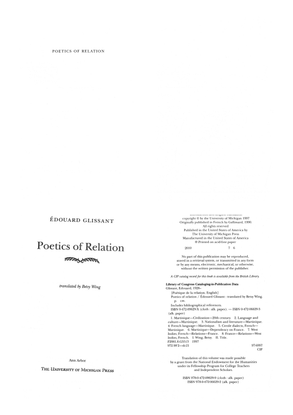 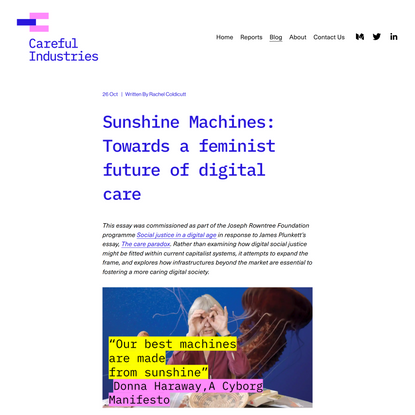 Sunshine Machines: Towards a feminist f… 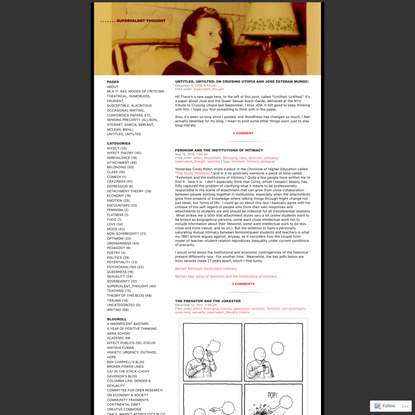