Communications technologies and biotechnologies are the crucial tools recrafting our bodies. These tools embody and enforce new social relations for women world-wide. Technologies and scientific discourses can be partially understood as formalizations, i.e., as frozen moments, of the fluid social interactions constituting them, but they should also be viewed as instruments for enforcing meanings. The boundary is permeable between tool and myth, instrument and concept, historical systems of social relations and historical anatomies of possible bodies, including objects of knowledge. Indeed, myth and tool mutually constitute each other.

Furthermore, communications sciences and modern biologies are constructed by a common move - the translation of the world into a problem of coding, a search for a common language in which all resistance to instrumental control disappears and all heterogeneity can be submitted to disassembly, reassembly, investment, and exchange.

In communications sciences, the translation of the world into a problem in coding can be illustrated by looking at cybernetic (feedback-controlled) systems theories applied to telephone technology, computer design, weapons deployment, or data base construction and maintenance. In each case, solution to the key questions rests on a theory of language and control; the key operation is determining the rates, directions, and probabilities of flow of a quantity called information. The world is subdivided by boundaries differentially permeable to information. Information is just that kind of quantifiable element (unit, basis of unity) which allows universal translation, and so unhindered instrumental power (called effective communication). The biggest threat to such power is interruption of communication. Any system breakdown is a function of stress. The fundamentals of this technology can be condensed into the metaphor C3I, command-control-communication-intelligence, the military's symbol for its operations theory.

In modern biologies, the translation of the world into a problem in coding can be illustrated by molecular genetics, ecology, sociobiological evolutionary theory, and immunobiology. The organism has been translated into prob-lems of genetic coding and read-out. Biotechnology, a writing technology, informs research broadly. In a sense, organisms have ceased to exist as objects of knowledge, giving way to biotic components, i.e., special kinds of information-processing devices. The analogous moves in ecology could be examined by probing the history and utility of the concept of the ecosystem. Immunobiology and associated medical practices are rich exemplars of the privilege of coding and recognition systems as objects of knowledge, as constructions of bodily reality for us. Biology here is a kind of cryptography. Research is necessarily a kind of intelligence activity. Ironies abound. A stressed system goes awry; its communication processes break down; it fails to recognize the difference between self and other. Human babies with baboon hearts evoke national ethical perplexity - for animal rights activists at least as much as for the guardians of human purity. In the US gay men and intravenous drug users are the 'privileged' victims of an awful immune system disease that marks (inscribes on the body) confusion of boundaries and moral pollution (Treichler, 1987).

But these excursions into communications sciences and biology have been at a rarefied level; there is a mundane, largely economic reality to support my claim that these sciences and technologies indicate fundamental transformations in the structure of the world for us. Communications technologies depend on electronics. Modern states, multinational corporations, military power, welfare state apparatuses, satellite systems, political processes, fabrication of our imaginations, labour-control systems, medical constructions of our bodies, commercial pornography, the international division of labour, and religious evangelism depend intimately upon electronics. Micro-electronics is the technical basis of simulacra; that is, of copies without originals.

Microelectronics mediates the translations of labour into robotics and word processing, sex into genetic engineering and reproductive technologies, and mind into artificial intelligence and decision procedures. The new biotechnologies concern more than human reproduction. Biology as a powerful engineering science for redesigning materials and processes has revolutionary implications for industry, perhaps most obvious today in areas of fermentation, agriculture, and energy. Communications sciences and biology are constructions of natural-technical objects of knowledge in which the difference between machine and organism is thoroughly blurred; mind, body, and tool are on very intimate terms. The 'multinational' material organization of the production and reproduction of daily life and the symbolic organization of the production and reproduction of culture and imagination seem equally implicated. The boundary-maintaining images of base and superstructure, public and private, or material and ideal never seemed more feeble. 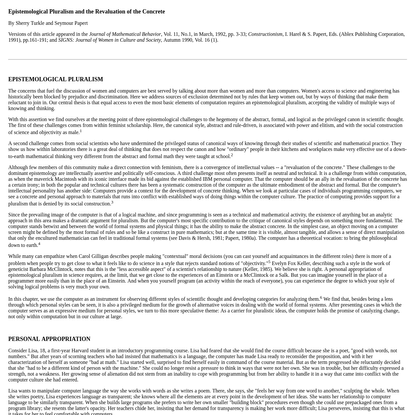 Epistemological Pluralism and the Reval… 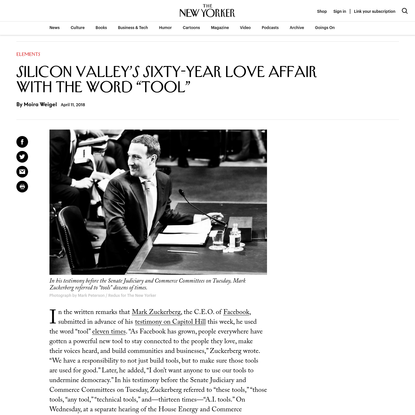 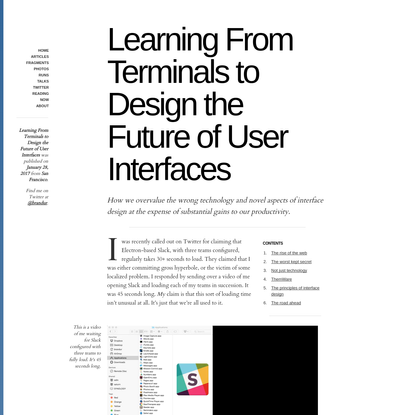 Learning From Terminals to Design the F… 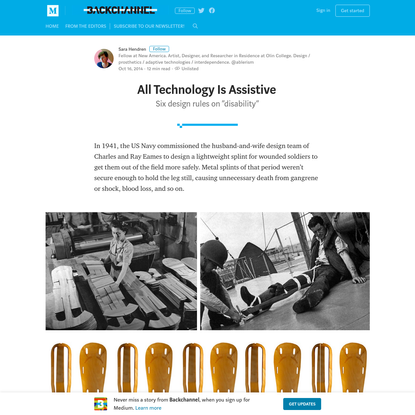 All Technology is Assistive - Backchann…
2

And this is perhaps the most important: Let the tools you make ask questions, not just solve problems.

"...*We are not talking about a univocal historical causality. Evolutive lineages present themselves as rhizomes; datings are not synchronic but heterochronic. For example, the industrial ascendency of steam engines took place centuries after the Chinese empire had used them as children's toys. In fact, these evolutive rhizomes traverse civilizations by blocks.

One could, for example, mount an exposition on the hammer since the stone age, and produce conjectures about what it might become in the context of new materials and new technologies. The hammer we buy today at the hardware store is, in some ways, "appropriated" from a phylogenetic lineage with virtual possibilities for the future that are undefined.*"

Extract from the book "Re-Thinking Tech… 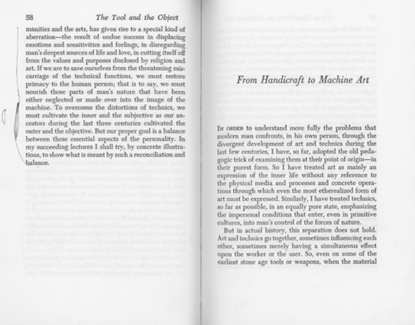