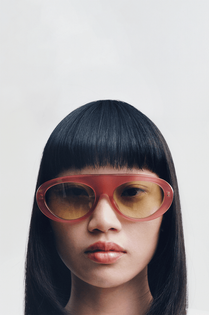 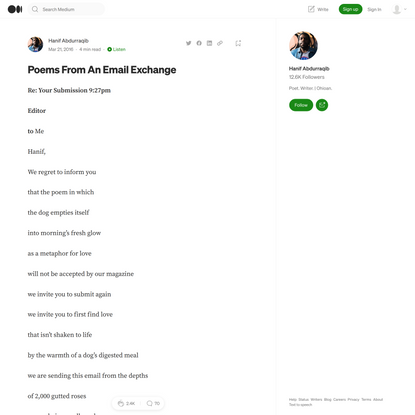 Poems From An Email Exchange. Re: Your …

The Wikipedia article for Benford's law—

Benford's law, also known as the Newcomb–Benford law, the law of anomalous numbers, or the first-digit law, is an observation that in many real-life sets of numerical data, the leading digit is likely to be small. In sets that obey the law, the number 1 appears as the leading significant digit about 30% of the time, while 9 appears as the leading significant digit less than 5% of the time. If the digits were distributed uniformly, they would each occur about 11.1% of the time. Benford's law also makes predictions about the distribution of second digits, third digits, digit combinations, and so on.

After a few extremely hard years, I felt, well, better.

Strangely, this realization came with a sudden surge of anxiety and dread, not because I thought something bad would happen, but because, deep in my bones, I realized nothing bad would happen. That I actually was better. That I had moved on from various traumas. And, it turns out, freedom is the scariest thing of all.

For the last several years I’d been in a deep rumination about the purpose of my life, questioning how to move on from various Bad Things that happened to me, how to believe in a bright future when things can be so bleak. I say rumination and not depression because depression implies a useless disorder, one that must be cured instead of embraced. What I experienced was a productive sadness and introspection, one necessary to realign my life and prepare myself for the rest of it.

I’m going to make a poem out of nothing.
You and I will be the protagonists.
Our emptiness, our loneliness,
the deadly boredom, the daily defeats. 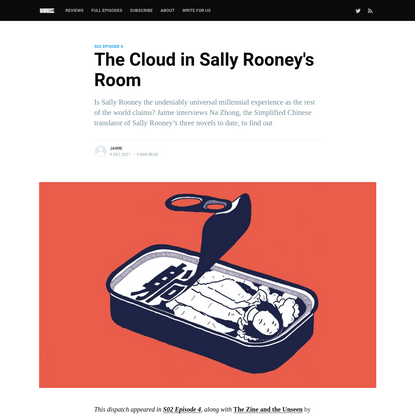 The Cloud in Sally Rooney's Room

I was plagued by remorse, but my remorse seemed inspired by insignificant dumb things—things not really worthy of bona fide remorse. That didn’t make it any less painful or plague-worthy, as I was still riddled with disgrace on a minute-by-minute basis, so I decided to conduct a scientific study to analyze the cause(s). Then I could modify my behavior so as to behave in a way that would not cover me with dishonor. Remorse is akin to regret but more violent than regret. The overall atmosphere in my case seemed to derive from generic self-loathing. But that was too vague. Once I conducted the study, I would be able to identify more exactly the source of the trouble…

Ever since I started keeping my diary of remorse, my remorse has evaporated. The answer to a personality problem or spiritual malaise is to keep a diary of it because then the quantity you are quantifying seems to disappear. Therefore I should go on to keep a diary of other troubling quantities. Such as Diary of Lassitude, Lack of Motivation, Failure to Act, etc. 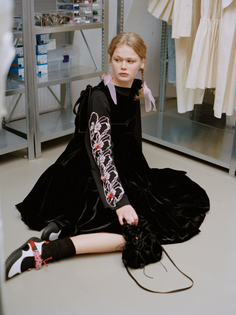 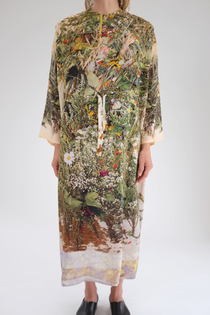 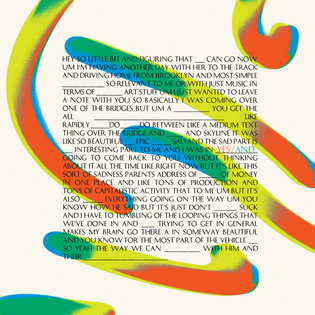