From this point of view, we can see that neoliberalism as a political philosophy and programme which is unusually ‘maximalist’ in its attitude to capitalism. Whereas historically liberals, conservatives and social democrats, while all being, basically in favour of capitalism, had assumed that there were various areas of social life which ought to be organised along lines not entirely dictated by the drive for capital accumulation. The neoliberals are distinctive in opposing this view. They think that capitalist conditions should be extended as far as possible into every domain of social life, by force if necessary. The language they usually use is one of ‘markets’ being good things. But in practice they never simply mean ‘markets’ – they always mean ‘markets in which large corporations are able to dominate because they are unregulated and unopposed by any countervailing social forces’.
It’s important to be clear here that in theory you can be pro-market and anti-capitalist. You could have a society in which there are strict limits on capital accumulation, but everything from education to water to sexual services is treated as a freely-exhchangeable commodity. This is the kind of world which some of the people on the wilder fringes of the libertarian, ‘anarcho-capitalist’ Right seem to think they want. The trouble is, because they don’t understand anything about how capitalism actually works, they don’t understand that without powerful government or other social institutions, there is no way to prevent such a situation quickly turning into one in which large corporations lord it over everyone else.
All this does create a situation in which it’s very difficult to differentiate between capitalism and neoliberalism, because neoliberalism is the most fanatically pro-capitalist ideology ever, and because it has become the default ideology of almost all actual capitalists, and certainly of almost all pro-capitalist political parties
Still, it is important to differentiate them because they are not only not the same thing – they are not the same KIND of thing. Capitalism is an economic practice. Neoliberalism is a philosophy about how societies in which that practice prevails should be managed, and a programme which is at least nominally informed that philosophy, or looks like it is. 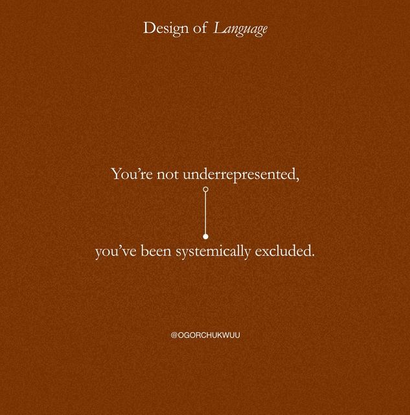 What are your thoughts on the importance of lived experience vs. other forms of expertise around racial issues?

Often when BIPOC try to educate folks on racism, we are met with questions like “Where did you get this information from?”, “What are your references?”, “What are your credentials?”, “Where are the hard facts?”. One of the key characteristics of white dominant culture is objectivity. It leaves no room for other ways of knowing, such as lived experience, emotion, intuition, and memory.
Something I say to Black, Indigenous, and people of color who share educational resources around colonial or racial trauma is “Your experience is your expertise.” What many do not understand is that lived experience creates a deeper layer of knowledge and understanding. People with lived experience offer an educational lens that is intangible and irreplicable.
I was having a conversation about this with a loved one who said “the education that you get without the lived experience is inherently incomplete.” And I couldn't agree more. This is why it is really important that individuals looking to educate themselves on colonialism and racism learn from Black and Indigenous folks.

When something is dying and something else is being born, we need to find a way of creating a container for grief within our communities. 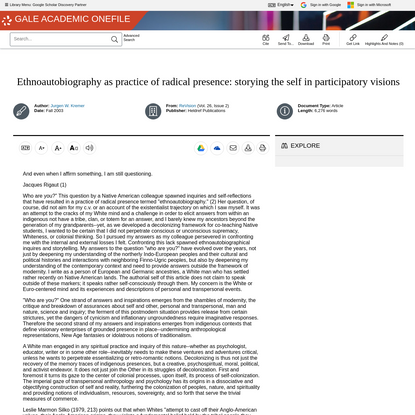 Ethnoautobiography as practice of radic… 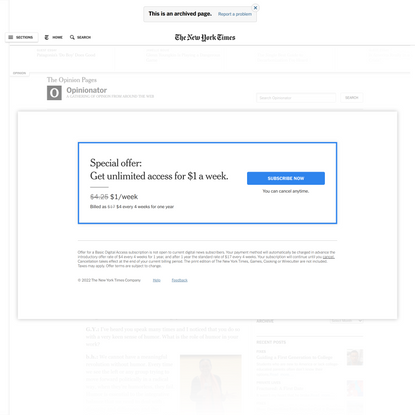 It’s about humanization. And I can’t think of another way to imagine how we’re going to get out of the crisis of racial hatred if it’s not through the will to humanize.

George Yancy: Over the years you have used the expression “imperialist white supremacist capitalist patriarchy” to describe the power structure underlying the social order. Why tie those terms together as opposed to stressing any one of them in isolation? bell hooks: We can’t begin to understand the nature of domination if we don’t understand how these systems connect with one another. Significantly, this phrase has always moved me because it doesn’t value one system over another. For so many years in the feminist movement, women were saying that gender is the only aspect of identity that really matters, that domination only came into the world because of rape. Then we had so many race-oriented folks who were saying, “Race is the most important thing. We don’t even need to be talking about class or gender.” So for me, that phrase always reminds me of a global context, of the context of class, of empire, of capitalism, of racism and of patriarchy. Those things are all linked — an interlocking system. 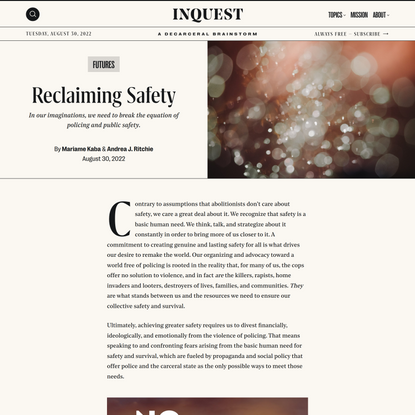