The “right to leave” is the hallmark of the post-platform era. Platform-based interactions have comprised so much of our online experience for so long that it can be hard to envision anything different. But nothing about the Internet is fixed, permanent, or inevitable. It is malleable, shape-shifting, and constantly evolving. And it increasingly comes with more responsibility and risks for guarding our own data and taking charge of distributing our words and images.

Imagine a tool that seamlessly connects quotes, images or video clips to their sources. There are seeds of this already. We can do reverse image searches using Google, and tools like Ground News and AllSides connect people to multiple news stories about the same event, helping us see how different media outlets spin things — intentionally or not. The key will be integrating these technologies with the platforms so many of us live on.

In this day and age, we don’t think of online spaces as places we can retreat to, but I think we should start. Some people don’t have the privilege of finding a physical space so online spaces are all they have. Maybe we don’t want the full-blown, always on experience of the popular social networks but yet we crave some form of connection so I hope to see the emergence of therapeutic online spaces where people can go chill a little. 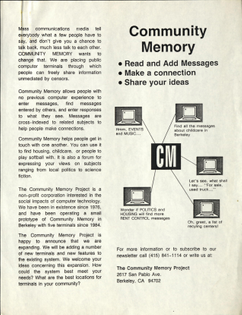 I would say that I consider myself to be something along the lines of a 'roaming tinkerer' when it comes to building in this web 'city'. By that, I mean that while I do have some straightforward knowledge about web development, I'm mostly just figuring things out in my own crude, experimental way as I go.

I roam around searching for spaces and tools which might support my ability to create and explore autonomously, and to connect with other community members from time to time.

My entry point for this way of being online was really just the general excitement which I originally felt about the web as a realm of discovery, creativity, and connection. I remember how magical web spaces felt during my earliest days online, and how empowering it was to learn that anyone could create or enter digital spaces freely as a means of exploring their identity and expressing their interests beyond the norms & limitations of offline society - and on top of that, connecting with other strange humans around the world who they would never otherwise never meet. For someone who has always been a social outsider, this felt especially revolutionary.

At first though, I was only an explorer - getting a feel for this new city and the rich patchwork of buildings, tools, & communities which gave it form. But gradually, I became 'street smart' enough to become a builder, of sorts, as well. Truthfully, the greatest challenge for me has always been the fact that I have more of an 'artist's mentality' than an engineer's, and as a consequence have a hard time working with the technical language and structure of digitality.

That being said, I used whatever tools I could get my hands on (mostly free trials of software such as Macromedia Dreamweaver & Flash) to begin experimenting with creating spaces for myself, and inspected other structures which caught my eye to learn to piece together my earliest creations. And once I began tinkering and learning, my mind opened to more and more applications for this new ability: personal spaces led to activist campaigns, fandom shrines, and more. As a teenager, I built many sites in this fashion and was able to share them through platforms such as FreeWebs. (I'm now remembering that a fan site that I created in my late teens had a forum, and two of the users who met there eventually ended up getting married! An early memory of the power of web-building sinking in...)

Returning now to the web as a city in transition, I'm still tinkering, learning, and exploring, but as the landscape has become dominated by 'Big Progress' (i.e. Social Media), I have become increasingly cantankerous. This is primarily because, in my eyes, the colorful diversity and participatory vibrancy of the 'old city' has been largely displaced by dull homogeny and apathetic passivity. Whereas before there was a vast patchwork of structures reflecting the richness of the people who built & inhabited the city, now almost every building looks the same, and people express their humanity by putting posters on their walls and yelling out of the windows of their otherwise-identical units. The once-open streets are littered with ads, heavily-surveilled, and lined with tabloid stands.

Again, this is how the dominant webscape feels to me right now.

In order to sustain this new environment, 'Big Progress' has sold countless people the idea that this state of affairs is not only 'normal' but desirable. Even further than that, they have managed to convince many people that beyond their walls and sanctions lies the risk of social annihilation. Your very livelihood and significance as a human being depends upon committing yourself to their properties and terms in perpetuity. In this paradigm, 'Big Progress' is not only a part of the city - it is the city. Everything else becomes peripherally anomalous.

As a roaming tinkerer, I have felt increasingly restricted by and concerned about these entities which impose a rigid, manipulative framework upon my ability to explore and make connections. So instead of remaining trapped in their enclosures, I've found myself drawn outward towards areas of the city where 'romantics', 'futurists', and 'romantic-futurists' (such as myself) can live more autonomously--spaces such as Are.na, Write.as, Scuttlebutt, and Neocities which empower me to continue to experiment, build, and learn on my own terms.

To expand a bit on these platforms: Are.na has become a research space for me, and feels like going to a library where I can either keep to myself in a study room or link up with other researchers in collaborative zones. Write.as feels like a peaceful journaling space where I can express myself freely & creatively, and share my output privately with loved ones or in a friendly writing circle. Scuttlebutt is a welcoming neighbourhood by the water where I go to escape the city noise, reflect & write, meet new people & socialize, and learn about new tools & spaces I might explore. And Neocities is the district where I currently reside, and which feels like a remnant of the colorful city that I first roamed & became inspired by when I arrived here.

Having established a presence within these communities, I now find myself positioned in a space between the people who seek to navigate away from their dependency upon 'Big Progress' yet lack the 'street smarts' to do so, and the architects, engineers, & punks who are cultivating these new spaces of digital empowerment, autonomy, & diversity. As I've continued to weave my way between these groups, it has become increasingly clear to me that we greatly lack maps, guides, and accessible pathways which would help nurture vibrancy & inclusivity in these areas.

This is where I focus most of my attention as a digital citizen - in advocating for and trying to develop greater engagement and collaboration between people of a wide variety of backgrounds and skill sets who share a common desire of breaking away from the current hegemony--drawing upon the past and navigating the present while working towards a healthier future. 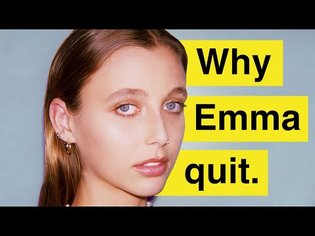 can there be calm and safe spaces on the internet to collectively grieve and support each other on navigating all the personal and collective change?